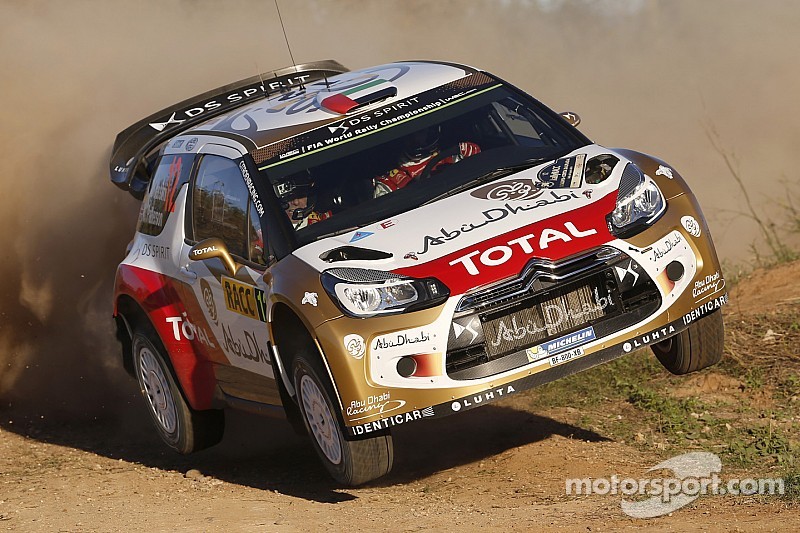 After one day on gravel and another on tarmac, Mads Østberg and Jonas Andersson lie fourth overall at Rally de España in their DS3 WRC.

After a 75-minute service period last night, all three of the Citroën Total Abu Dhabi World Rally Team’s DS3 WRCs set off on the Rally de España roads this morning in tarmac configuration.

Mads Østberg started in thirteenth position. Involved in a four-way fight with Jari-Matti Latvala, Andreas Mikkelsen and Mikko Hirvonen, he found his rhythm on the new surface to comfortably establish himself in fourth overall. He will head into the final leg, also on tarmac, around thirty seconds adrift of the final podium spot and with a 22.1-second lead over Dani Sordo in fifth.

Having rejoined under Rally 2 rules this morning, Kris Meeke took advantage of the tarmac stages to continue to rack up the miles in the DS3 WRC. He even came close to setting the fastest time on SS12.

Today’s leg on tarmac boosted my confidence. I’m pleased with my performances.

Still working on getting the balance to his driving right and on finding the right set-up, Khalid Al Qassimi ended today’s leg in fifteenth position.

The end of day service wasn’t quite on the same scale as yesterday evening. Forty-five minutes was sufficient to service the cars in preparation for the final four tarmac stages of the season.

Parc ferme will open at 6.30am. The crews will complete two loops of two stages: La Mussara (20.48km) and Riudecanyes (15.55km), the latter also serving as the televised Power Stage on its second pass at 12.08pm. The rally is scheduled to finish in Salou at 1.16pm.

Mads Østberg: “Today’s leg on tarmac boosted my confidence. I’m pleased with my performances. I worked a lot on using the tyres well, especially on the long stage and given the particularly hot conditions for this time of year. I feel that everything worked pretty well. We have to make sure of the result tomorrow.”

Kris Meeke: “It’s always difficult to get back into the swing of things after rejoining under Rally 2 rules. But it’s also an opportunity to learn about the stages. The result isn’t really all that important now. So I’m only concentrating on the performances. I’m trying to make the most of every kilometre and every corner!”

Khalid Al Qassimi: “To begin with, I tried to find the right feeling with the new Michelin tyres. I started to drive more quickly in the second loop. Unfortunately, the surface had become very dirty. So I decided not to take any more risks.”