Meeke and Østberg ended Rally Sweden in the top 10 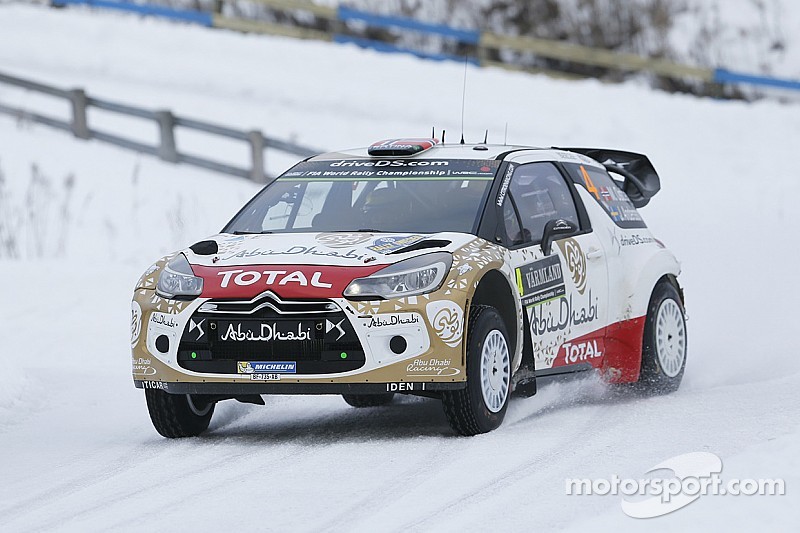 The two Citroën Total Abu Dhabi World Rally Team crews will change continent for the next round of the WRC calendar. Rally Mexico will be held on 5-8 March.

This morning’s final leg of Rally Sweden featured three timed stages. Fourth overall at the start of the day, Mads Østberg ran into trouble on Lesjöfors. He lost control of his DS 3 WRC, got stuck in a snow bank and it took him over five minutes to get going again.

He dropped down to tenth overall, whilst his team-mate Kris Meeke moved in the opposite direction. Ninth overall as he left parc ferme, the Briton was up to eighth after SS19 and was seventh by the end of SS20.

On the Power Stage, Kris continued to push. Involved in a scrap for sixth place with Elfyn Evans, he span midway through the stage but managed to hold onto seventh position. Mads Østberg set the third fastest time on the final stage to collect a bonus point for the Drivers’ Championship, in addition to the one he scored for finishing tenth overall.

In the WRC3, Ole-Christian Veiby won the category in his DS 3 R3-MAX. The Norwegian now leads the two-wheel drive championship.

Yves Matton (Citroën Racing Team Principal): “The racing incidents, the handful of technical problems we had and the mistakes made by our drivers mean that the result is a long way off the targets set by the team at the start. We’ll take a closer look at what happened at this event in order prepare for Rally Mexico as effectively as possible. Everyone is still very motivated. And it’s just the start of the season!”

Mads Østberg: “We are going to turn our attention very quickly to Rally Mexico. We have to hold onto the positive aspects from Sweden and forget the rest. But even with our problems, we were capable of fighting for a podium spot here.”

Kris Meeke: “In Sweden, you have to be very clean through the stages, but I got caught out a few times. Nevertheless, winning a stage on only my second appearance here on the snow is a fairly encouraging sign. My pace has improved significantly compared with last year. I feel comfortable in the DS 3 WRC. I have to keep doing the same thing and cut out the errors. In Mexico, we have to get to the end of the rally without any mistakes.”