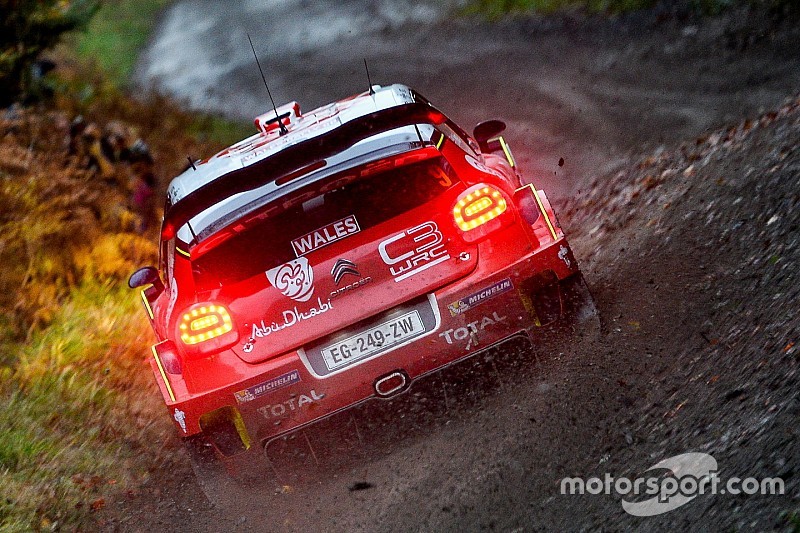 Winner of the last round of the World Rally Championship, Meeke fears his chances of success at home have been hit by struggles in finding the quickest set-up for his C3 WRC at Thursday’s shakedown stage.

The Citroen squad completed its pre-event test in the forests of south-west France, where the roads and the terrain are similar to Wales, but the surface isn’t identical.

What made it more tricky for Meeke was dry weather during the test, which further compromised the team’s efforts to simulate the wet and muddy conditions expected this week.

Meeke was a lowly 12th-fastest through the two-mile Clocaenog test this morning, 4.7 seconds off the pace-setting Elfyn Evans.

“When you don’t prepare so well, it’s not so easy,” said Meeke. “We’ve plucked a set-up from the air and arrived at it, but what can we do?”

Meeke added that the decision not to run the remote shakedown service closer to the stage in Ruthin also cost him valuable time today.

“We tried to make some set-up changes at shakedown,” he added, “but we had to come all the way back to service [in Deeside] and by the time we got back up to the stage, the road was polished.

"It felt like ice in there. It’s tricky to look at a bit of paper [with the set-up details] and then go and do what we’re doing. When you don’t prepare correctly, that’s what happens.”

Citroen’s team principal Yves Matton explained the decision not to test in Wales was born out of the cost of hiring forest roads in the UK.