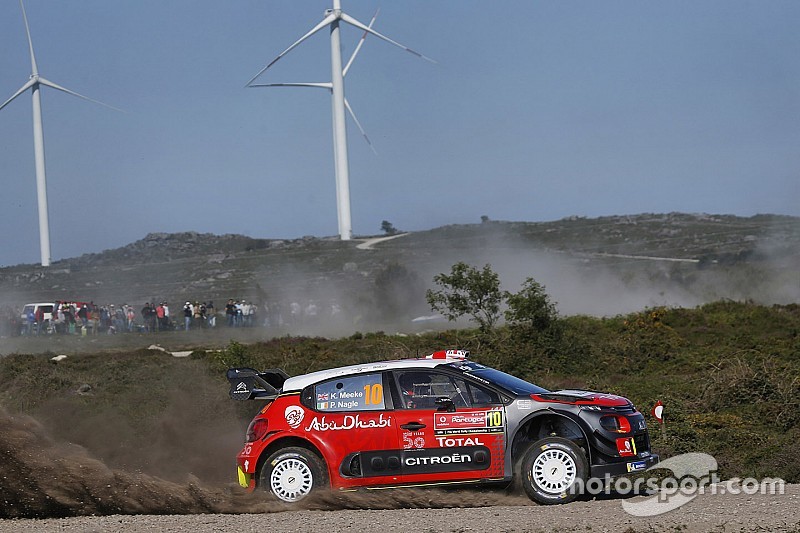 Citroen has confirmed that Kris Meeke was airlifted to hospital for precautionary checks on his back following his Rally Portugal crash.

Meeke was in victory contention in the early stages of the Friday leg but, after a puncture, he ended the day a minute down in seventh.

He then went off the road on a fast left-hander in the third Saturday stage, which was the first run of the Amarante test.

His Citroen went straight into the trees, but he and co-driver Paul Nagle emerged from the car unaided.

However Meeke is understood to have suffered back pain which is now being checked in hospital in Porto.

Citroen team principal Pierre Budar told Motorsport.com: "I don’t have any information for the crash.

"I didn’t speak with Kris or Paul yet. Our first concern is with the crew, we want to make sure they are OK."

The Northern Irishman is the second WRC driver to be hospitalised in as many days after Hyundai’s Hayden Paddon was admitted with back pain after his SS7 crash on Friday. The Kiwi was discharged on Saturday morning.