Toyota team principal Tommi Makinen has discussed the potential for bringing Kris Meeke back to the World Rally Championship in a Yaris WRC next season.

Makinen looks increasingly likely to be chasing a replacement for Esapekka Lappi next season – last year’s Rally Finland winner is reckoned to be rapidly closing on a Citroen deal – and he’s already spoken to the Northern Irishman about the potential of a 2019 seat.

Makinen told Motorsport.com: “I spoke with Kris, he could be one option, one possibility. We will speak to [Toyota in] Japan and we look at different options. We had a telephone conversation just recently.

“For sure Kris is very fast driver, sometimes even too fast. But I think he is at the age and experience, everything I’m pretty sure he could do well.”

Meeke was dropped by Citroen after crashing out of Rally Portugal in May.

The five-time world rally winner hasn’t been seen at a rally since departing Faro, but will be back competing for the first time at next month’s RallyLegend. He is scheduled to drive an as-yet-undisclosed ex-Colin McRae car in San Marino.

Toyota has a confirmed deal with Ott Tanak for next season and Jari-Matti Latvala is reckoned to be on the verge of agreeing terms, but Lappi is close to jumping ship.

Lappi is understood to have visited Citroen’s Versailles factory and his management team is engaged in negotiations with Paris.

While he wouldn’t confirm which direction he would go, Lappi told Motorsport.com: “In my mind, I know what I am doing next year. I have made up my mind.”

Makinen’s only concern with signing Meeke centre on how he would work with Tanak.

Makinen continued: “This is the thing: I know that Kris is the driver who is wanting to win. A lot. And we have a driver already who wants to win. A lot.

"What the combination could be? But I think this is not a big drama.  We will see what is happening, but for sure Kris is the fast driver.”

Meeke came close to signing for Makinen when the Finn offered him a deal in 2015, eventually deciding to stay with Citroen. 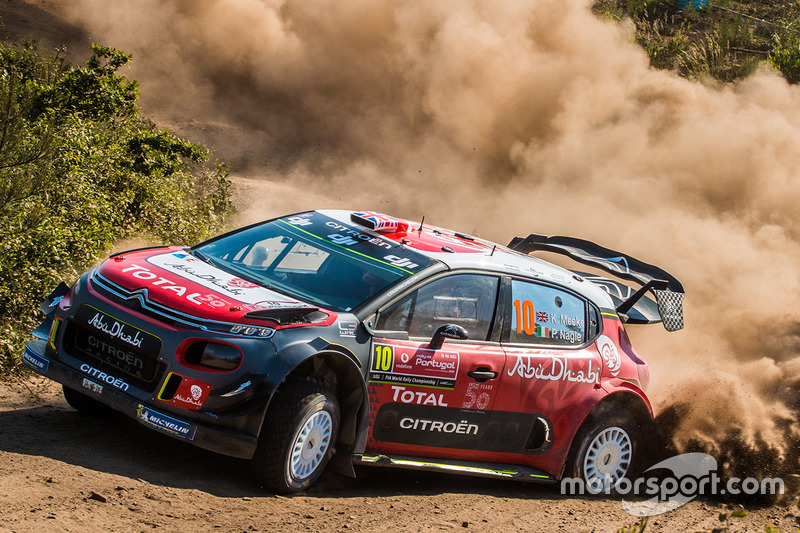