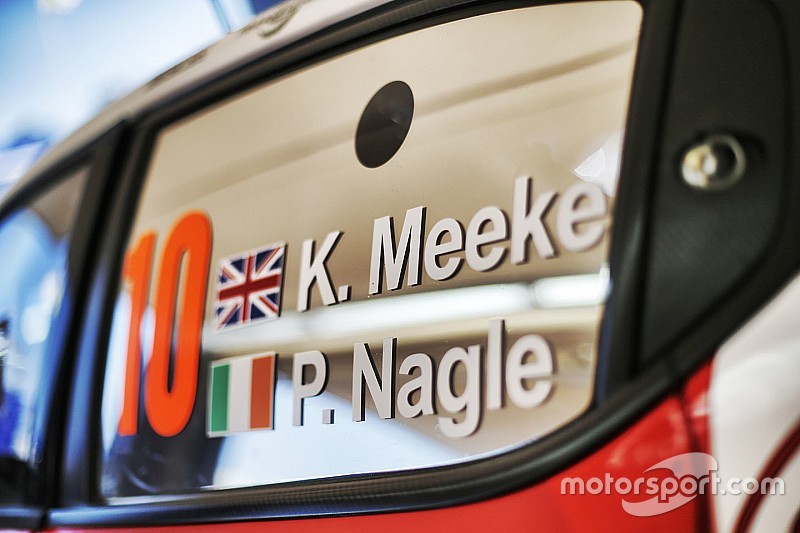 Kris Meeke will not continue his partnership with co-driver Paul Nagle into next season’s move to Toyota Gazoo Racing.

Meeke and Nagle have worked together on and off for the last 11 years, but Nagle had remained alongside the Dungannon driver for the last four and a half years at Citroen.

Neither has commented on the decision, but Motorsport.com understands the split is entirely amicable and both have reported they could work together again in the future.

There was speculation at last weekend’s Raglan Rally in New Zealand that Malcolm Read, Hayden Paddon’s co-driver on the Kiwi event, could be working with him on a more full-time basis next season.

Such a move would indicate Paddon’s current WRC co-driver Seb Marshall is on the move. Marshall’s name has been increasingly linked with Meeke in recent weeks. Motorsport.com understands Dan Barritt was another co-driver under consideration.

Wednesday is expected to be a busy day for driver movement, with Jari-Matti Latvala and Meeke to be included in Toyota’s announcements.

Finland’s Esapekka Lappi is heading in the opposite direction out of Toyota bound for a Citroen seat alongside Sebastien Ogier.

Rally GB closer to moving out of Wales