Hyundai's Andreas Mikkelsen has taken an early lead on Rally Mexico, while his World Rally Championship teammate Thierry Neuville suffered a puncture and sits only ninth.

Stage wins on both El Chocolate, the longest stage of the rally, and the short Leon city stage have handed Mikkelsen a 1.6s advantage over second-placed Sebastien Ogier, who had set the pace on the Ortega test.

Ogier had coped with a high position in the running order and the subsequent lack of grip favourably in comparison to his title rivals Neuville and championship leader Ott Tanak, as both are languishing at the lower end of the points.

Neuville encountered trouble barely three miles into El Chocolate, hitting a stone which the Belgian suggested had been dragged into his path by Tanak, who had started ahead of him.

Hyundai’s main contender for the drivers’ championship sustained a puncture to his rear left wheel, with Neuville dropping 44.1s to teammate Mikkelsen.

Teemu Suninen crashed out on the same stage, sustaining heavy impact to his Ford Fiesta WRC’s front right corner after an impact and becoming stuck nose-first on the edge of a small drop at the side of the road.

WRC returnee Dani Sordo, who sat out the Monte Carlo Rally and Rally Sweden in his Hyundai seat-sharing arrangement with Sebastien Loeb, benefitted from running last on the road and having the rest of the field ahead of him to clean the loose gravel surface.

He remains in touch with the leading pair of Mikkelsen and Ogier, only 2.7s off the lead.

Meeke’s teammate Jari-Matti Latvala is sixth, 7.5s behind Meeke and engaged in a battle with former teammate Esapekka Lappi.

Citroen’s second driver was overnight leader after winning Thursday evening’s Guanajuato superspecial but immediately dropped back and is currently 3.4s off Latvala.

Rally Sweden winner Tanak struggled for traction, bearing the brunt of sweeping loose gravel away as first car on the road.

He was only prevented from being last of the WRC runners by Neuville’s puncture, though the gap between the pair held relatively steady after El Chocolate and now stands at 21.7s. 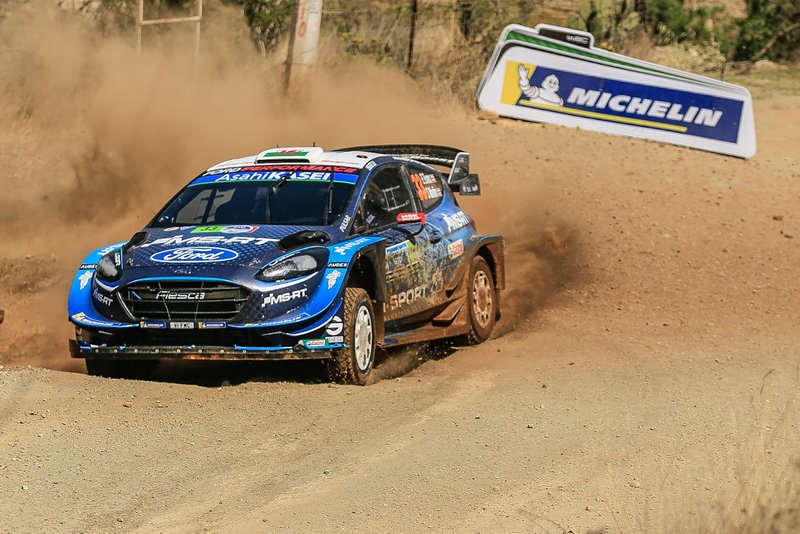 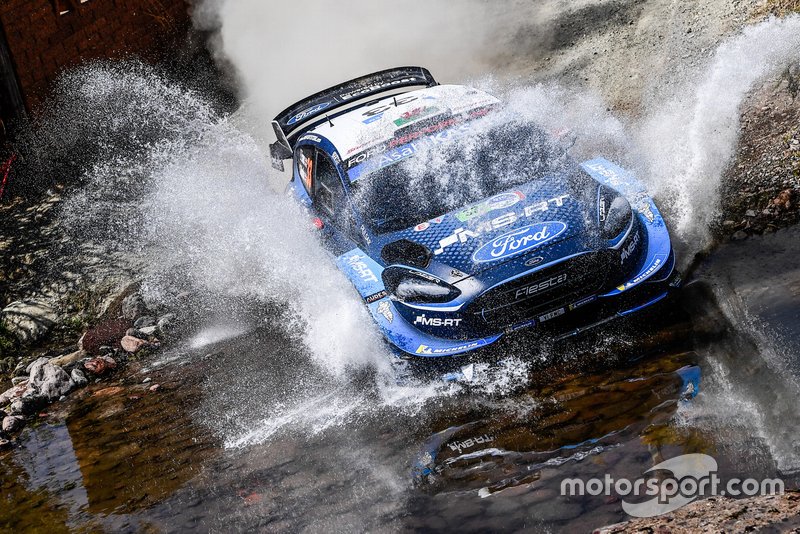 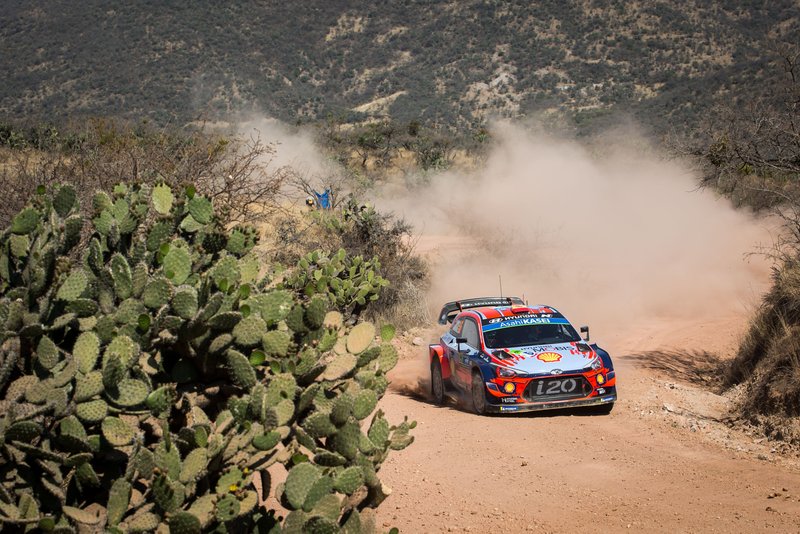 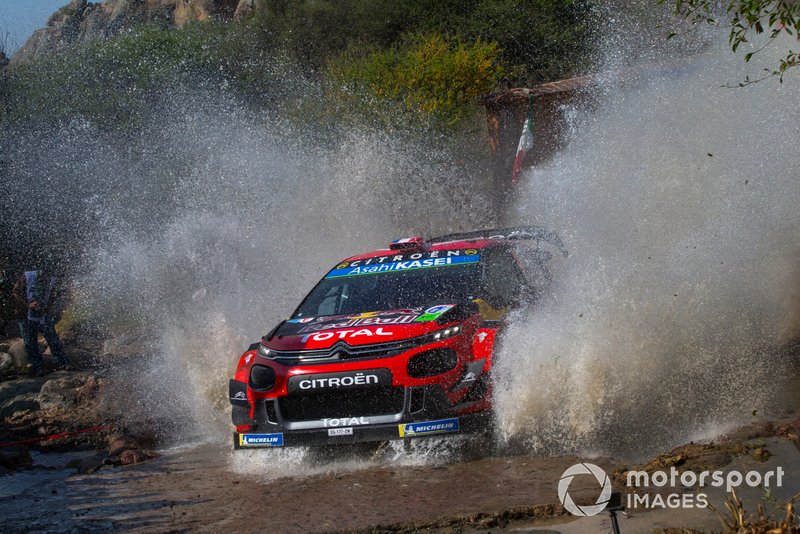 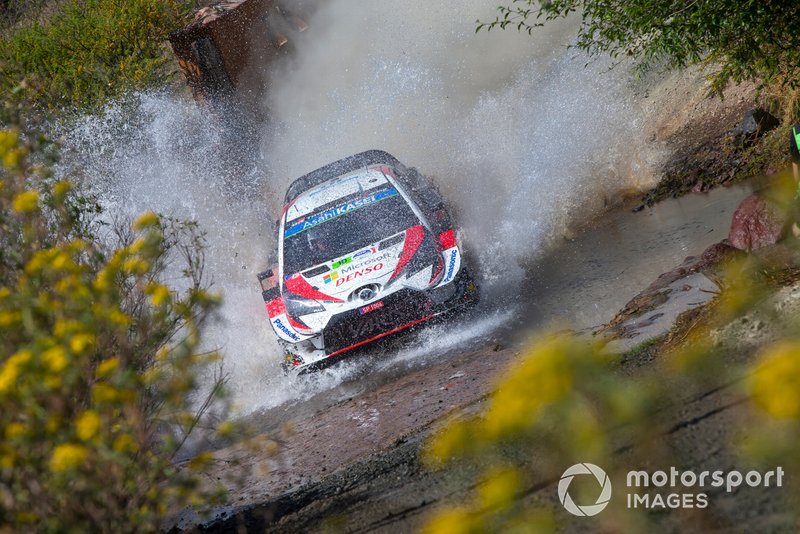