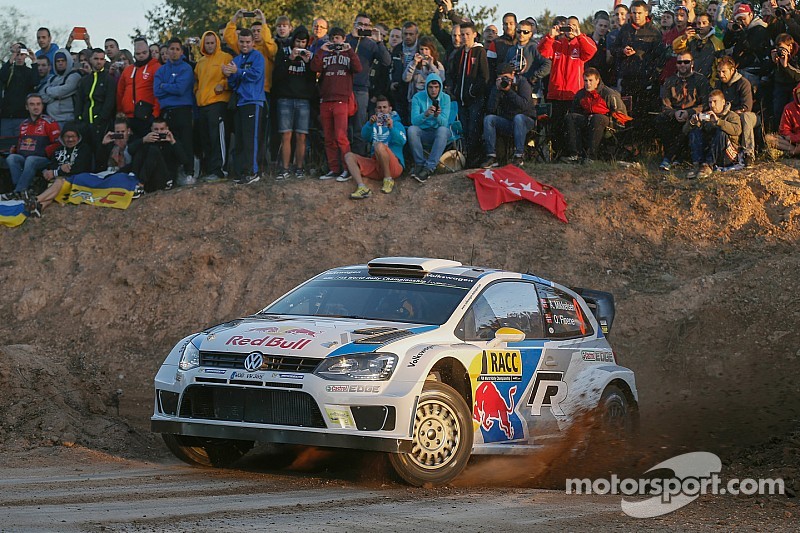 The Spanish round of the 2014 WRC season is underway.

The street stage that opened Rally Spain was won by Andreas Mikkelsen on Thursday evening. Tearing through the part of the city that once hosted Formula One, Mikkelsen prevailed over all on the asphalt.

He holds a 1.8 second advantage over VW teammate Sebastien Ogier with Thierry Neuville’s Hyundai a further 1.1sec behind in third. Jari-Matti Latvala and Dani Sordo rounded out the top five.

American Ken Block is present for this weekend's event, making his first start of the 2014 season. On cold tires though, he tagged the barriers at the first corner in his Ford Fiesta. The damage is repairable and he'll be back in action Friday.

Tomorrow, drivers will tackle the gravel stages of the Tarragona region.

How one win has made Kyle Larson a 2019 title contender