Andreas Mikkelsen says Rally Australia organisers must ensure that his wild encounter with a tractor in the middle of a live stage "never happens again". 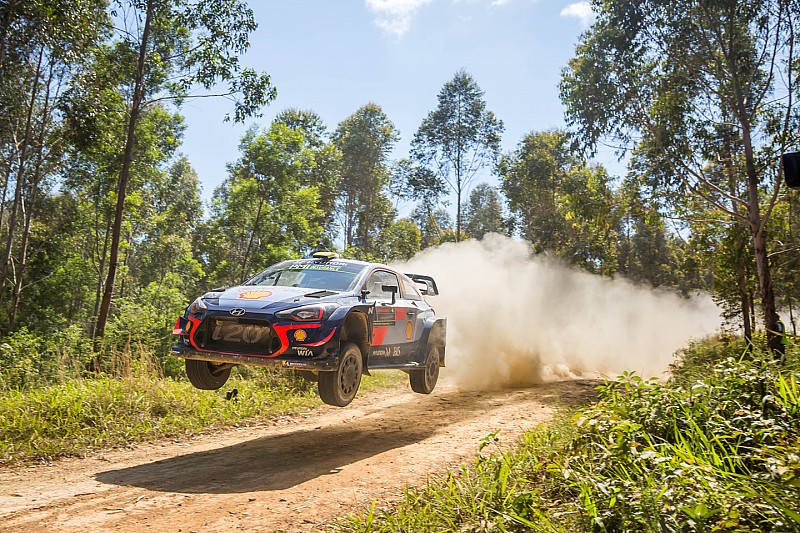 The Hyundai driver came across a tractor mid-way through his first pass on the Sherwood stage on Friday morning, the near-miss ultimately leading to a rollover that took him out of the rally.

Rally Australia organisers have since confirmed that the tractor was driven onto the stage "without authority" to move some hay bales.

Reflecting on the encounter, the Norwegian reckons there's little doubt that it contributed directly to him crashing out of the rally a short time later.

He's also called on officials to make sure it doesn't happen again.

"We were driving, there was a distance until a crest and then after there was 100 metres before a chicane," he said.

"We approached the crest and we saw a marshal waving. [Co-driver] Anders [Jaeger] told me to stop but that was just before the crest so I slowed down a little bit and I saw in the chicane 100 metres away that the tractor is driving in the chicane.

"Anders told me to keep going but just after that there was a left over a crest, which I didn’t really get [the pace note], and then we were too fast and then we rolled.

"Wildlife you can experience, but a tractor is very surprising so I had my head in a different place. I was thinking maybe we should stop and talk to the marshals and tell them to cancel the stage in case some cars go after and they crash.

"I’m sure I will hear what happened from the team, but our rally is destroyed anyway.

"We just have to make sure that this never happens again because it is a dangerous situation. Animals you can’t control, that is fine, it is part of rallying. But these things you can [control]."

Mikkelsen expects to re-join the event tomorrow, however the crash puts Hyundai on the back foot in terms of fighting for the manufacturers' title.

"I’m disappointed and of course I’m angry as well, because I think the situation has destroyed a very important rally for us," he added.

"We will try to drive as good as we can [tomorrow] and I hope this incident doesn’t destroy anything for Hyundai, as it is a n important rally with the manufacturers' title on the line."