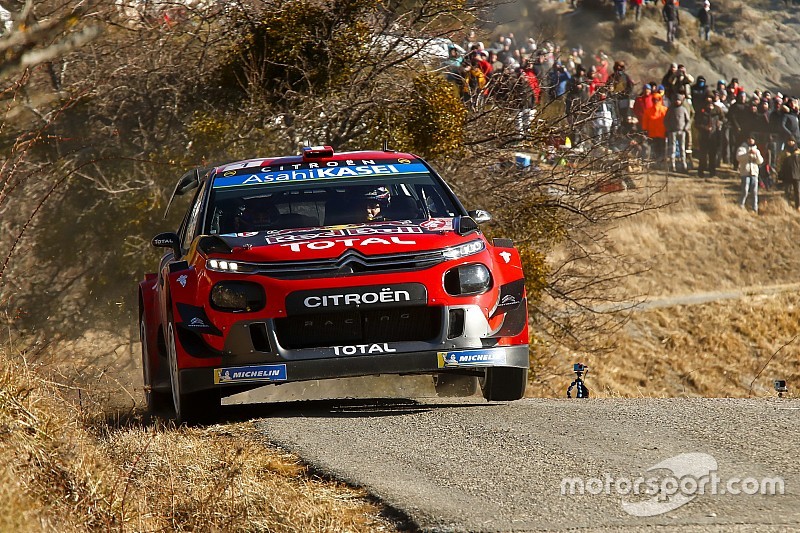 World Rally champion Sebastien Ogier continues to hold Thierry Neuville at bay for the lead of the Monte Carlo Rally, edging out a 5.3s gap after Saturday’s first two stages.

Tyre choice gambles from Friday were taken out of the equation, with four studded tyres and two softs taken by all leading crews, meaning gaps were much tighter on both stages this morning compared to the rally’s previous tests.

Behind the lead pair, a hectic battle over the final podium place swung towards Jari-Matti Latvala, running as the lead Toyota in third.

Andreas Mikkelsen had started the day with a slim advantage for the final podium position but lost a wheel while crossing the finish line of stage nine.

With his co-driver Andreas Jaeger’s notes telling him to go flat-out, the left-rear of his Hyundai i20 smashed into a wall, ripping the wheel off and destroying the wheel hub assembly, forcing him to retire.

Sebastien Loeb initially capitalised to take third but quickly dropped down to fourth, stalling on stage 10 and then lacking confidence for the rest of his run to drop behind Latvala. The pair are now separated by 4.7s.

Ott Tanak won both Saturday morning stages, taking sixth after Mikkelsen’s retirement and then fifth when Elfyn Evans crashed out on stage 10. His pair of fastest times helped him reach within 35s of Loeb ahead.

Evans dropped out of sixth place by running wide on a fast left turn little more than a kilometre into St Leger les Melezes-La Batie Neuve, dropping off a steep bank and clipping a tree. Tanak had also run wide at the same corner but continued unhindered.

Teemu Suninen and Esapekka Lappi began the morning separated by only 12.6s despite both being well out of the top 10. However, Lappi’s day ended almost as soon as it began, his Citroen C3 grinding to a halt with a technical problem.

Evans’ retirement means Suninen is now set to score manufacturers’ points for M-Sport, despite only having just climbed into the top 20 overall. 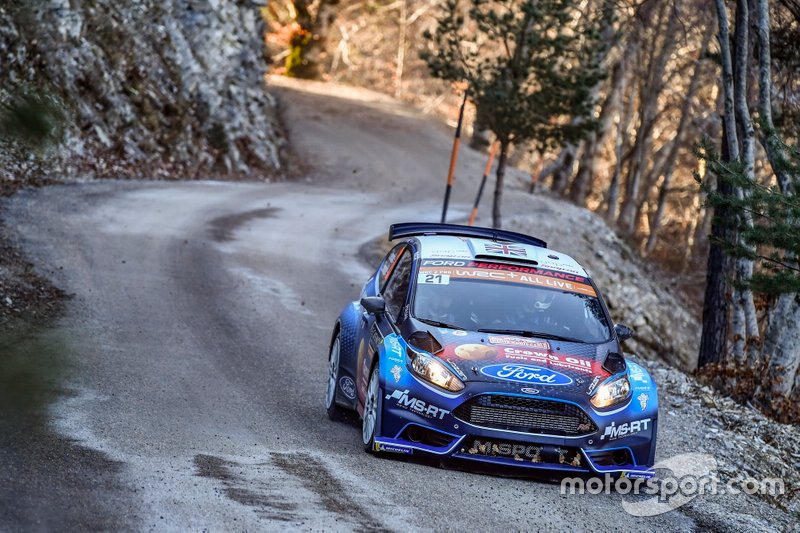