Thierry Neuville says he was ‘more mechanic than driver’ and was prepared to do everything possible to fix his World Rally Championship Hyundai to keep his Acropolis Rally alive.

The title contender's victory hopes were dashed after Stage 3 when his i20 initially suffered an electrical issue and then developed a power steering failure at a tyre fitting zone.

Neuville copped a four-minute penalty for checking in at a time control 24 minutes late and then had to navigate Stage 4 without power steering.

Luckily, the Belgian was able to partially fix his power steering issue by gluing a broken pipe, before then topping up its fluid reservoir with any liquid he and co-driver Martijn Wydaeghe could find. Neuville admitted he was prepared to use his own urine to keep the tank topped up.

The matter was made worse by the fact there was no mid-point service on the planned route, to allow teams to fix issues before the next run of stages.

Neuville incredibly managed to clock the second fastest time on Stage 5 before ending the day some 6m03.4s adrift of leader Kalle Rovanpera, who holds a 3.7s lead over Hyundai's Ott Tanak heading into Saturday.

"I was much more mechanic than driver, to be honest today," said Neuville, who sits 18th overall.

"From this morning we had electrical issues and then very soon we were hit by power steering issues, a line was leaking.

"Basically, there was only one goal, which was trying to repair the damage in the tyre fitting zone but we didn't have enough time before the stage to put in oil, so it was a tough day.

"I think it was the worst stage to be without power steering we have had for years, it was rough and very twisty. I really had a struggle and I knew that the upcoming stages would be easier and the team pushed me to continue to mechanic [the issue].

"In the end I got it working, it was not perfect but enough to do the stage. I used more than oil, we put everything that we had in the car in that was liquid. It wasn't perfect but it gave us the opportunity to drive faster and to survive.

"We used the brake fluid, we used the engine oil, if we had to pee inside I would have done it.

"I wanted to get the car back with a minimum time lost, we lost six minutes and if you do the calculations we can get P7 and maybe P6 if there is trouble at the front." 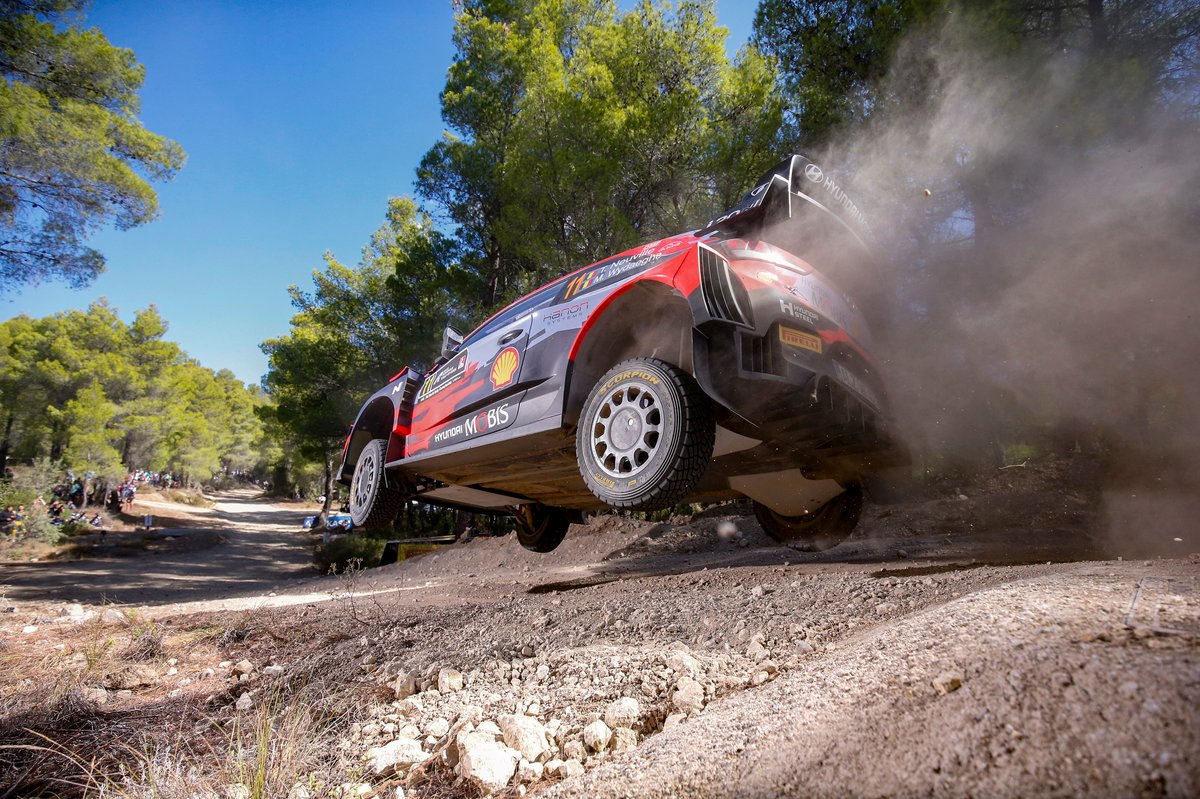 Hyundai Motorsport boss Andrea Adamo believes the problems were triggered by an impact the car suffered over the rough stages.

"All of this can be rooted to a big impact he had in the stage," said Adamo.

While Neuville closed the gap to championship leader Sebastien Ogier with victory in Belgium last month, the mechanical issues appear likely to damage his title hopes.

Main rival Ogier enjoyed a trouble-free day to sit only 3.9s adrift of the rally lead in third spot, while Elfyn Evans, who is tied second in the standings with Neuville, is out of the podium hunt after a gearbox issue.

"It doesn't matter what Elfyn does, the only concern is Ogier and he had a clean and trouble free run today," Neuville added.

"He hasn't had any problems for some while it might come one day but we never hope for that, it is part of rallying.

"I think we have been unlucky enough so far, some let's see what happens in the upcoming days."