Thierry Neuville has split with long-term co-driver Nicolas Gilsoul one week before the start of the 2021 World Rally Championship season.

By:
Jason Craig
Listen to this article

Hyundai i20 WRC driver Neuville has entered next week’s shortened Rallye Monte-Carlo with Martijn Wydaeghe in the navigator’s seat.

However, it has yet to be confirmed by Neuville or Hyundai Motorsport whether Wydaeghe’s involvement will extend beyond the opening round.

Announced this morning, the decision brings to an end Neuville's ten-year partnership with Gilsoul.

“We couldn’t find an agreement with Nicolas for this new season,” explained Neuville. “So we decided to stop our cooperation.

“We have great memories together and I want to thank him for his work during the last ten years.

“Now it is time to focus on Rallye Monte-Carlo and we are working hard with Martijn to get ready – although it will be a very challenging event for both of us."

Neuville and Gilsoul had been together since the second round of the Intercontinental Rally Challenge in 2011. On the following event – the Tour de Corse – they led the field home by almost 16 seconds in a Peugeot 207 S2000.

The following season they made the switch to the sport’s top division with the Citroen Junior squad and went on to claim 13 WRC wins, with their first coming at Rally Germany in 2014 and their most recent on last year’s Rallye Monte-Carlo.

They have finished runners-up in the title fight on five occasions, including four times from 2016 to 2019.

Wydaeghe has worked with the Hyundai squad back and forth – most recently when he sat alongside Craig Breen at the 2019 Rally Monza Show in northern Italy.

Neuville becomes the second member of the Hyundai team to call on the services of a different co-driver for 2021.

Last December, Dani Sordo confirmed that after Rallye Monte-Carlo, Borja Rozada will partner him instead of Carlos del Barrio.

Despite calling del Barrio an “excellent partner”, three-time WRC rally winner Sordo said the “best thing” was for them to go their separate ways. 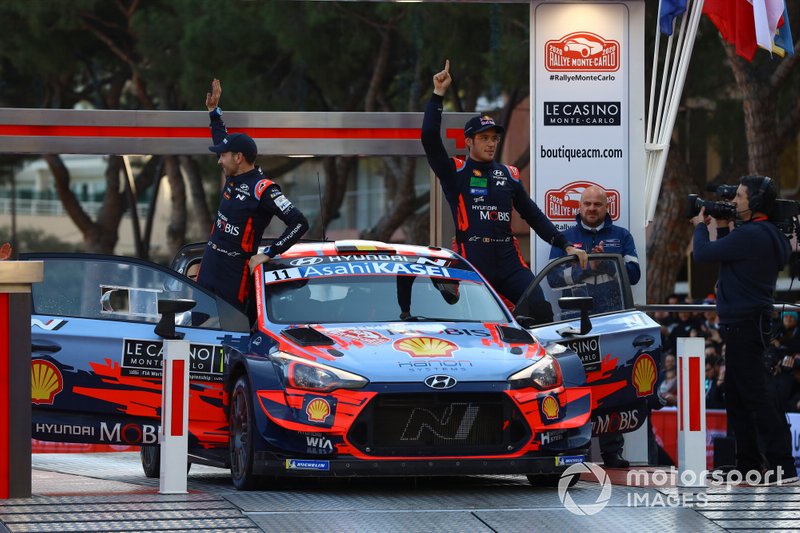 WRC Portugal: Loeb crashes out of the lead on Stage 5