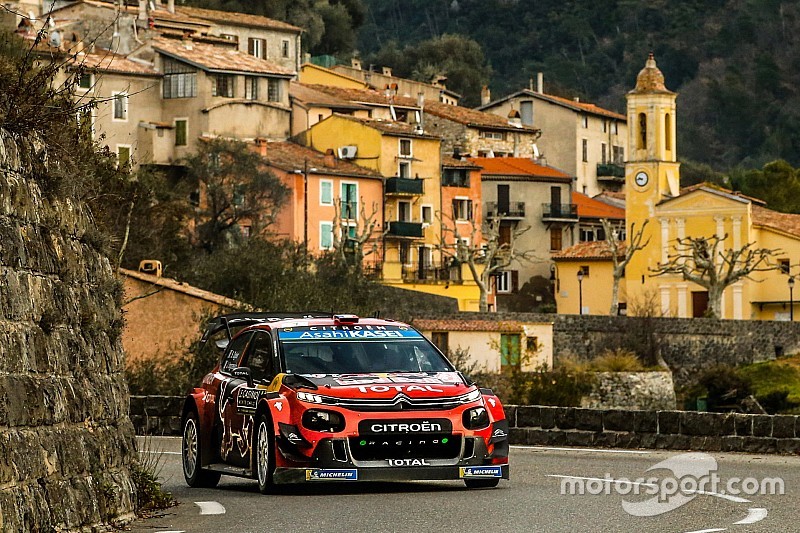 Ogier defeated Thierry Neuville in a final-stage showdown to win the opening round of the 2019 WRC season by 2.2 seconds on his first rally since returning to the Citroen squad.

He had started the final day with 4.3s in hand over the Hyundai driver but reported a "small issue" at the end of Sunday's first loop.

Ogier then revealed that this was related to his throttle after dropping significant time to Neuville on the penultimate stage.

The problem meant his throttle was returning to 20% when he came off the pedal, but Ogier was able to manage that and bettered Neuville's time on the final stage to win the event with a fourth different manufacturer and for a seventh time in total.

“I adjusted the pedal as much as I could," said Ogier. “I lifted the pedal to rest at about 10%. It wasn’t perfect, but it gave me a chance to fight in the powerstage.

He added: “The relief was incredible. That’s where the emotion was coming from.

"When I went to the last stage, I didn’t know what would happen.

"We know now it’s a sensor that’s gone crazy, but I didn’t know if the thing would break completely."

“We could take no data from the car. We could do nothing," he said. "All we could do was advise over the phone.”

Budar added Citroen started work on fixing the engine fault that ruled Esapekka Lappi's C3 out of action on Saturday, and getting to the bottom of Ogier's problem, before the rally had finished.

He said he would not make further comment on Lappi's issue until he had seen the results of that work.

"We know this was a problem with the throttle, but we don’t know exactly what was the reason.

"It was so frustrating that we could not get near to the car to find out what was going on - fortunately he could make this repair himself and he could manage this problem to still take the win, but we have to work on these things and get them right."