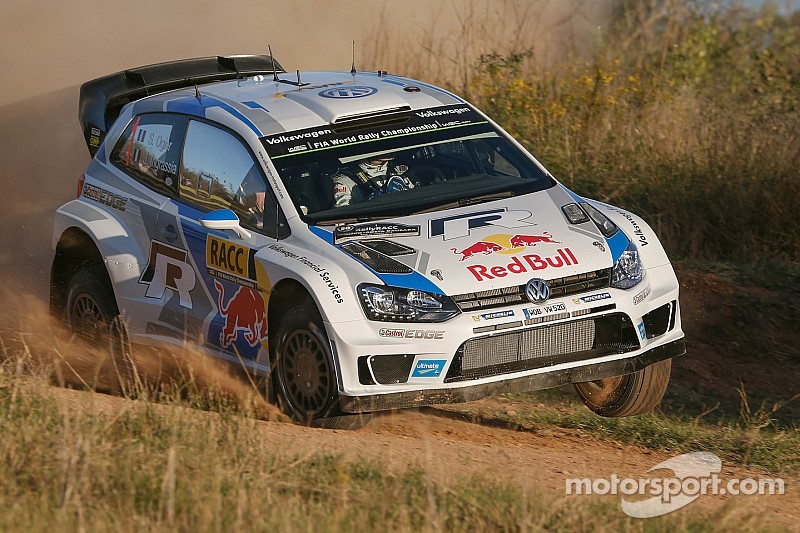 Sebastien Ogier closes in on the 2014 WRC crown.

However, that top three is slightly misleading. Thierry Neuville challenged Ogier and even led the rally after SS6, but a puncture in the next stage dropped him all the way down to ninth, two and a half minutes adrift of the top spot.

Latvala made an impressive comeback after hitting a rock in the morning and struggling at the backend of the top ten. Dani Sordo lost a lot of valuable time waiting on the start line when his co-driver miscalculated their start time. Kris Meeke was unable to continue after SS3 when he dropped the right side wheels off, suffering damage.

Hayden Paddon became the first New Zealander to win a stage since 1999, doing so in SS3. His lead was short-lived though, spinning and puncturing two tyres in the following stage. Elfyn Evans went off three separate times, finally retiring after damaging the radiator.