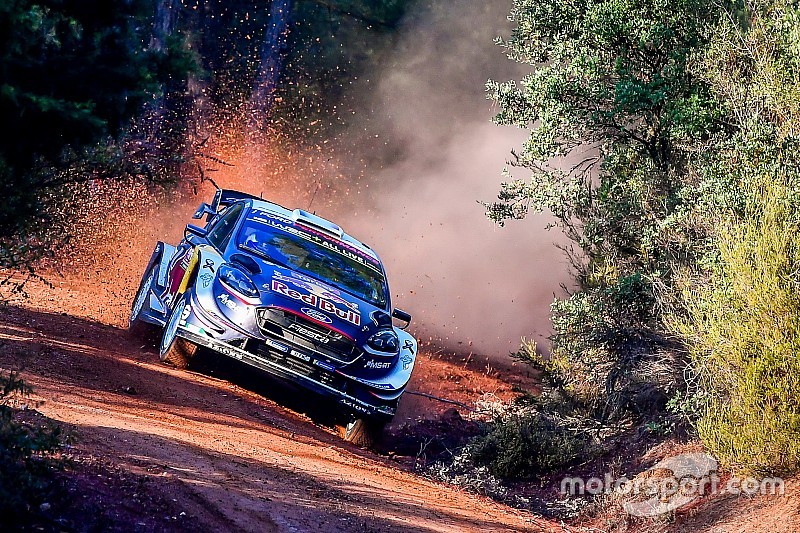 Rally Turkey took another dramatic turn when the Saturday afternoon loop got underway as Sebastien Ogier went off the road and retired.

M-Sport Ford driver Ogier started SS11 fourth and 46.1s off the lead, but he had taken 31 seconds out of leader and Hyundai man Andreas Mikkelsen with half the 34.24km-stage still to go.

But TV pictures showed Ogier’s car parked on the outside of a tight right-hander, as the car appeared to be beached off the road and both Ogier and co-driver Julien Ingrassia stood outside inspecting it.

Despite being hit with a one-minute penalty earlier in the day, Ogier had the perfect opportunity to eat into his 23-point deficit to title rival Thierry Neuville, whose Hyundai suffered broken suspension on Saturday morning.

Now Power Stage points will likely be the only chance for both drivers to score.

The order was shaken-up on SS11 as Mikkelsen hit trouble. The Norwegian driver's Hyundai kept stalling in slow-speed corners and he appeared to have a puncture and only rear-wheel drive.

It means Toyota now holds a one-two with Ott Tanak – who reported his car was “more or less undriveable” on the stage – 13s ahead of teammate Jari-Matti Latvala.

Hayden Paddon moves into third ahead of Mikkelsen and Teemu Suninen, who jumps the hamstrung Craig Breen.

Breen suffered from smoke in the cockpit of his Citroen C3 WRC, with he and co-driver Scott Martin stopped twice on stage, struggling to see, as they limped the car to stage end.