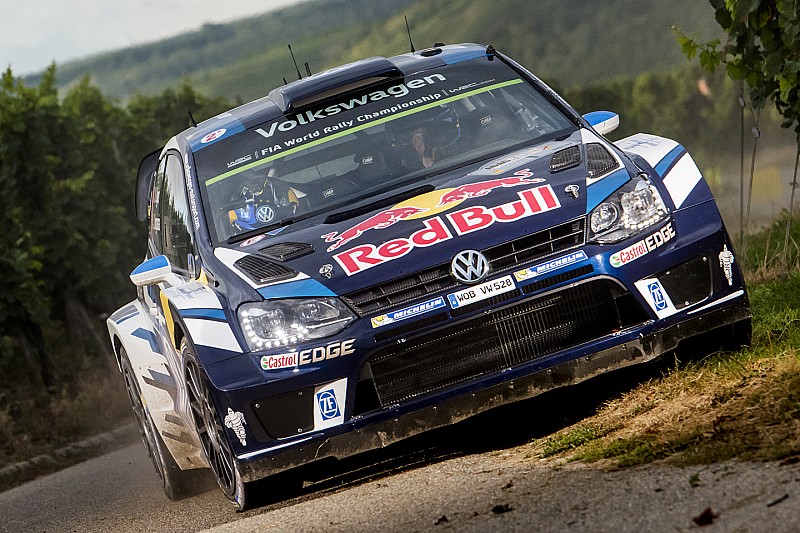 If Sébastien Ogier wins on Corsica’s challenging twisty asphalt roads and scores maximum points on the closing Power Stage, his place in the WRC history books will be secured.

Sébastien Ogier will join an elite group of drivers that have won the FIA World Rally Championship four times if he scores maximum points and other results go his way at this weekend’s Che Guevara Energy Drink Tour de Corse (29 September - 2 October).

The Frenchman, who is the reigning world champion after winning rallying’s top prize in 2013, 2014 and 2015, starts his home event with a 59-point advantage over his Volkswagen Motorsport team-mate Andreas Mikkelsen in the drivers’ standings.

If Ogier wins on Corsica’s challenging twisty asphalt roads and scores maximum points on the closing Power Stage, his place in the WRC history books will be secured if Mikkelsen fails to score more than three points and the Hyundai duo of Hayden Paddon and Thierry Neuville register less than 19.

A further six crews still have a mathematical chance of winning the WRC crown but Ogier and co-driver Julien Ingrassia are in pole position to equal the record of Juha Kankkunen and Tommi Mäkinen in scooping four championship titles.

However, Ogier will have to be at his best to guarantee championship number four. His recent record on home soil isn’t good after retiring with gearshift problems in 2015 and losing more than eight minutes on the first day in 2014 with engine issues.

Add into the equation that three quarters of the 390.92km route for this year’s Tour de Corse is new and that five of the ten stages are at least 50km in length, Ogier is well aware that success will need to be earned.

“Corsica is far from an easy rally,” he said. “There are a number of new sections on the route and many of the stages have been altered. I like these kind of changes as it makes the rally a completely new challenge.

“As in Germany, where four drivers were still in contention towards the end of the rally, I expect the race on Corsica to be just as close.

“After Julien and I failed to hit top form in France for the past two years, my own personal goal is to finally drive well again here and to challenge for the win.”

If Ogier fails to win his fourth title in Corsica, the battle will move to the gravel and asphalt stages at RallyRACC Catalunya-Rallye de Espana (13-16 October).