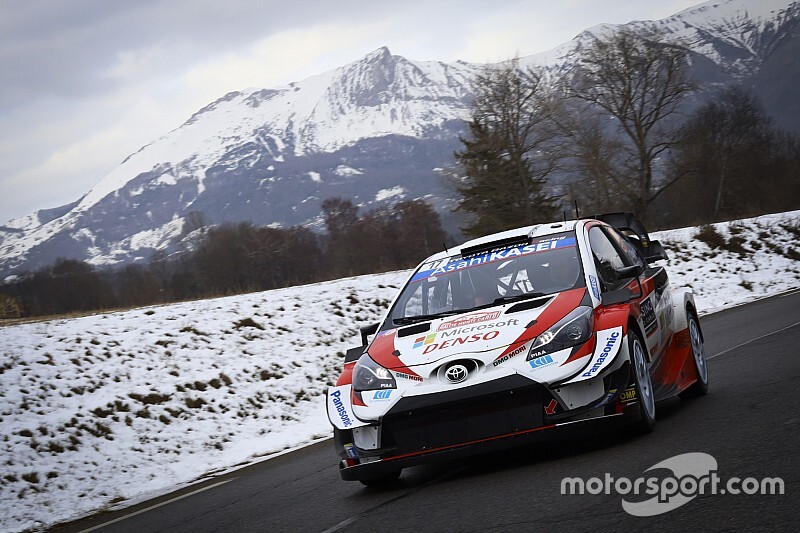 Sebastien Ogier says one of the reasons he fell short of victory in last weekend's Monte Carlo Rally is his lack of "knowledge" of how far the Toyota Yaris WRC can be pushed.

The six-time World Rally champion fell 12.6 seconds short of Hyundai rival Thierry Neuville during the 2020 curtain-raiser in his first competitive outing as a Toyota driver, ending a streak of Monte Carlo wins dating back to 2014.

Although he said he didn't feel comfortable to push hard in pursuit of Neuville, Ogier bolstered his points haul by finishing second on the Power Stage, leapfrogging teammate Elfyn Evans in the process, and described the outcome as a "promising result".

He continued: "It bodes well for the rest of the season, both because of the good atmosphere among the whole team and because of the positive feeling I had behind the wheel.

"Even though we'll have to raise our game a little in the next rallies, the performance was there and the Yaris WRC's potential is undeniable.

"We can't deny a slight disappointment at seeing our series of victories in this legendary event come to an end, but generally the result is a very positive one to start the season with and that's what we must take away.

"What was lacking for me was a level of knowledge of the car that would have allowed me to let loose a little in the challenging conditions of this rally and maybe increase the risk-taking, but I'm not one to force things when I don't feel it. Don't forget that this was our first race with this car and we don't have a lot of experience in it yet."

Ogier cited the high-speed crash of defending champion Ott Tanak - making his Hyundai debut after having moved across from Toyota - on Friday as evidence that his approach was the right one.

"That tends to strengthen my belief in my usual strategy of staying within my comfort zone and trusting my feelings," added the Frenchman.

"We're especially pleased that they [Tanak and co-driver Martin Jarveoja] came out of that accident unhurt and we can't wait to take up the fight again with them in the next rally."

Red Bull would have protested Mercedes' DAS in Australia

Mexico WRC: Ogier in control as Neuville shuffles the deck