Kalle Rovanpera says an optimistic pace note caused his violent Ypres Rally Belgium crash, with the Toyota driver confirming he wasn't distracted by a timing "mess" before the accident.

The World Rally Championship leader retired from Friday's action in spectacular fashion when he misjudged a fast left-hander while leading the rally during Stage 2.

Rovanpera ran wide, resulting in his GR Yaris hitting a ditch which pitched the car into a series of frightening rolls, before landing on its wheels. Rovanpera and co-driver Jonne Halttunen emerged from the wreckage unscathed.

The pair were agitated before the start of the stage, which was delayed due to communication problem between rally headquarters and the stage commander that had to be resolved before they could enter the test.

While Rovanpera was clearly upset by the timing issue, he described as a "big mess", the Finn said the problem didn't affect his concentration, with a pace note error the cause for the crash.

"There was a few corners and the second one of them I just had a bit of an optimistic pace note," said Rovanpera, who had won the day's opening asphalt stage to lead the rally.

"It was too short a corner on the notes and I went early and I couldn't get out on the right line and hit the ditch.

"It [the impact] was quite big surprisingly big in the car but we seem fine.

When asked if the timing mix up affecting his mindset, he said: "For sure it was disturbing in the beginning but I think at halfway into the stage it shouldn't affect us anymore. 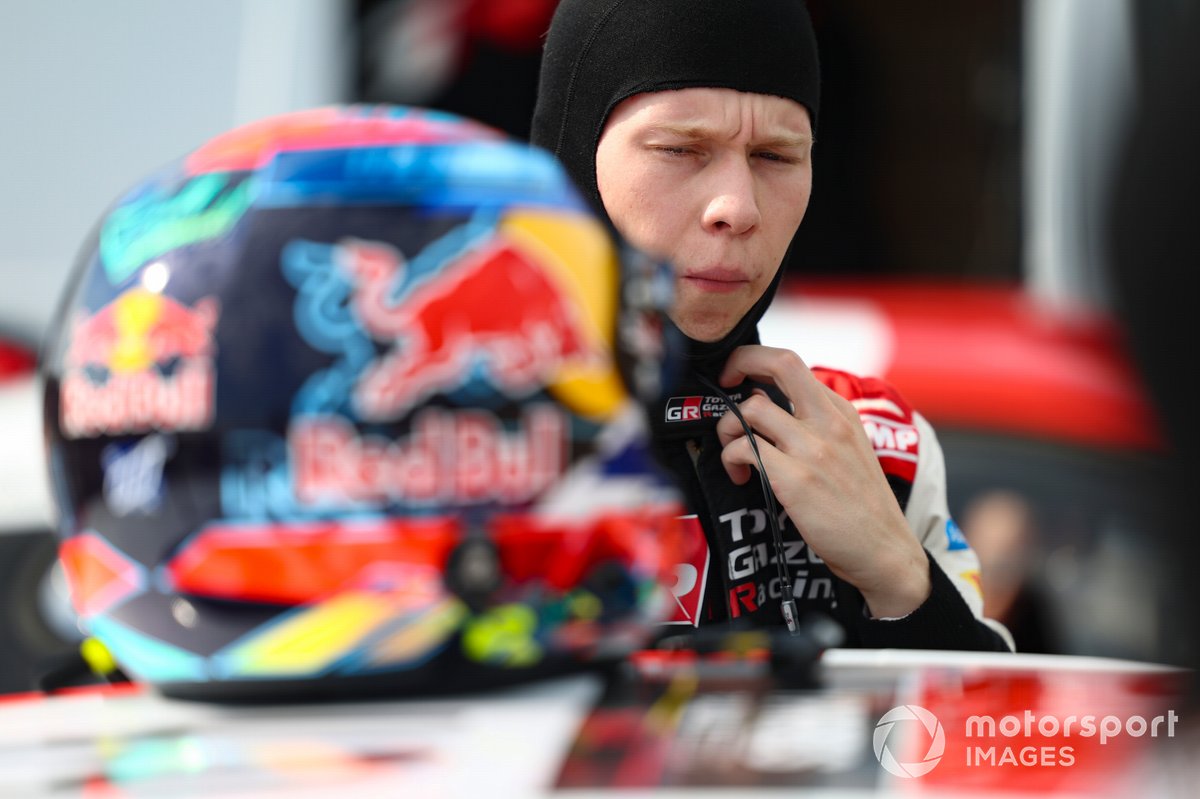 "They had a big mess there with the time control trying to send us on the stage when there were three seconds on the clock. It was two times like this, it was a big mess. I don't know what they were doing, but for sure it was not good."

The crash was the first for Rovanpera since his exit at Rally Finland in October last year, ending a remarkable run of results that has seen the 21-year-old open up a 94-point lead.

"Hopefully that is the only one [bad moment this season]," he added. "Usually always you have some troubles at some point and we had it now."

Rovanpera's Toyota team boss Jari-Matti Latvala admitted that it was only a matter of time before his driver would suffer a blip in his campaign that has so far yielded five wins from eight events.

"For me Kalle has done eight rallies this year and eight really good results," said Latvala.

"Monte Carlo was difficult in the beginning but he still got some good points. In every championship every winner does at least one mistake per season you can't do 13 races perfect.

"This has happened to [Sebastien] Ogier and [Sebastien] Loeb and I knew it was a matter of time for when this would happen and unfortunately it happened here."

It is unclear if a repair can be completed on the GR Yaris to allow Rovanpera to rejoin the rally on Saturday.

Solberg to leave Hyundai at the end of 2022 WRC season