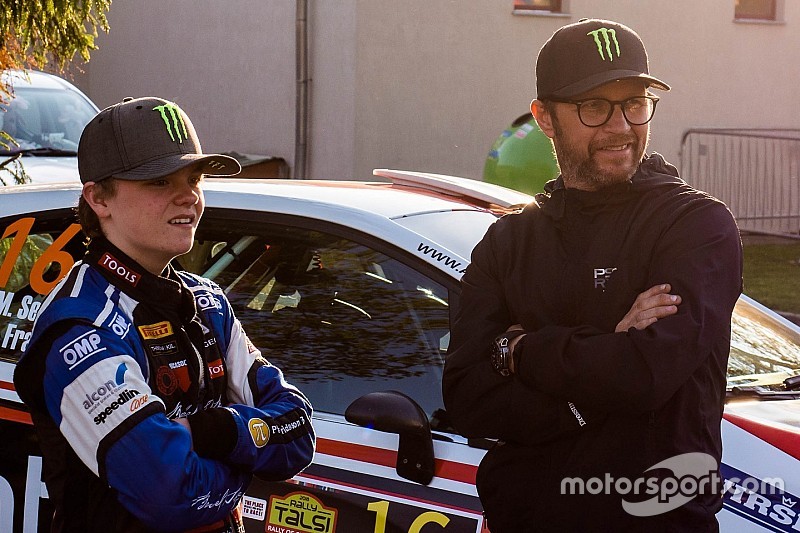 Petter and Oliver Solberg will enter October’s Wales Rally GB as a two-car team – starting one World Rally Championship career and bringing another to a close.

The Llandudno-based event is part of Solberg Sr’s Farewell Tour and, according to him, the perfect place to introduce his son to rallying’s highest level.

Solberg dominated Rally GB from 2002 until 2005 and lifted the first of three FIA world titles at the 2003 event.

Solberg told Motorsport.com: “To end my professional career in this place, where so much happened and with Oliver driving alongside me will be unbelievable. The emotions will be a lot.

“Wales have been such a special place for me in my career and the people in England [Britain] are a huge part of my life and always will be.

"To come to Rally GB is so important for me. You know my co-driver Phil [Mills] is from there and I’ve always felt like this was almost a home round of the championship.”

Mills - who won the 2003 title with Petter Solberg - joins the Norwegian in the WRC for the first time since Rally Portugal in 2010.

Mills stepped in for a one-off with Elfyn Evans in Corsica last year, his first time competing in the WRC since his last event with Petter Solberg in Portugal.

Solberg switched from the WRC to World Rallycross in 2013 and won back-to-back FIA WRX titles in 2014/15. His team – PSRX Volkswagen Sweden – dominated the last two years of WRX, taking drivers’ and teams’ titles with Johan Kristoffersson.

Since then, Solberg Sr decided to stop competing professionally to focus his attentions on his 17-year-old son.

Oliver Solberg started driving a four-wheel drive rally car at the beginning of this year and won four of his first five starts, including America’s best-known event the Olympus Rally (where he drove for Subaru Motorsports USA) and Rally Liepaja, where he became the youngest person ever to win a round of the European Rally Championship.

“The chance to go and compete in Wales alongside my papa is massive for me,” said Solberg Jr. “My father is my hero and for as long as I have been able to think and talk, I’ve been hearing about him driving in places like Dyfi and Hafren and Sweet Lamb.

“It was huge when I came to Wales for the test, but to know that I’m coming to do the rally is really something else.”

Solberg Jr admitted he expected a baptism of WRC fire in Wales, adding: “The competition is huge in WRC for the R5 cars – there are so many of them and so many good drivers.

"I go there to learn, that’s the only thing for me. I know it’s going to be a big step up and it is one of the most technical rallies of the season – especially in the way the grip changes and making the notes and things, but I have a good teacher for this one.”

Solberg Jr made himself known to British fans with a spectacular run to third place in the Goodwood Festival of Speed Final Shootout earlier this month.

Why WRC's points leader could change teams in 2020