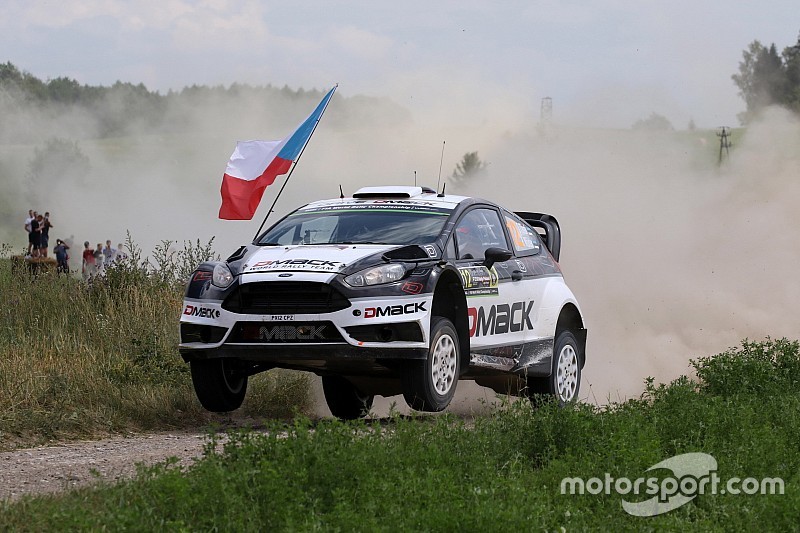 While Ott Tanak was undoubtedly the star of the weekend, Rally Poland featured several interesting intra-team battles. David Gruz looks through the field and gives his verdict on each of the main runners. 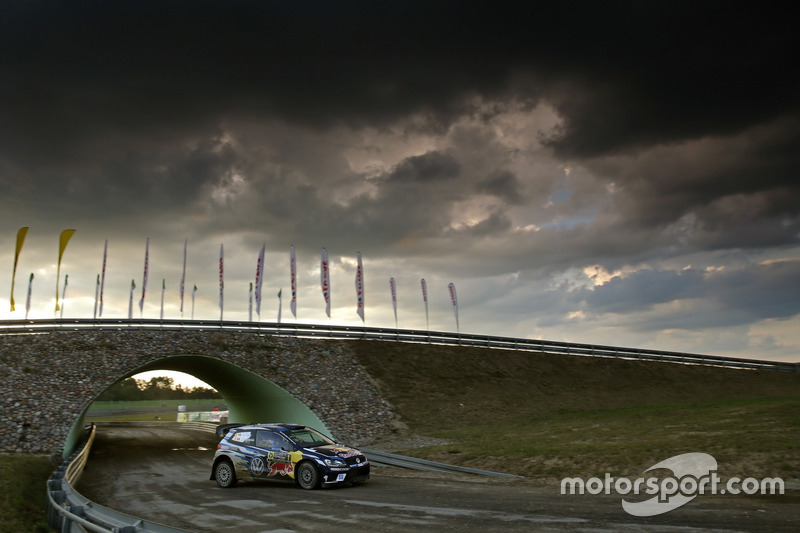 Same old, same old. It seems Ogier keeps giving up on the victory a bit earlier in each rally. Rally Poland was pretty much the first rally where he simply could not fight for the podium on merit since he had joined Volkswagen. Starting in fourth, he fell behind Neuville and Latvala on Saturday and couldn’t fight back even on Sunday. He still needs to endure Finland, and then the tarmac rallies might give him some long-awaited satisfaction. 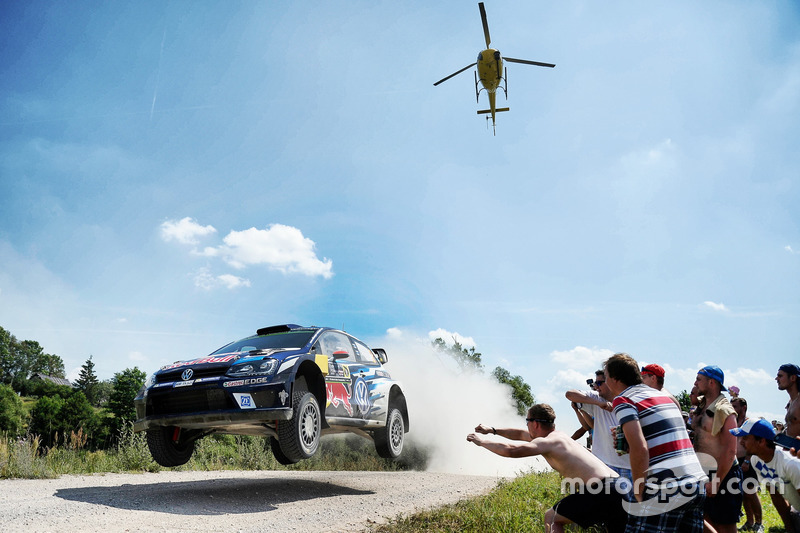 Poland hasn’t been one of Latvala’s strongest rallies so far. He was fifth in the past two years and the Finn repeated the result despite having an issue-free run. While beating Ogier should usually indicate a good result, Latvala will probably not be fully satisfied with his performance. Whether because he wanted to avoid crashing at any costs or just genuinely lacked pace, it does not bode well, given that his teammate ended up victorious. 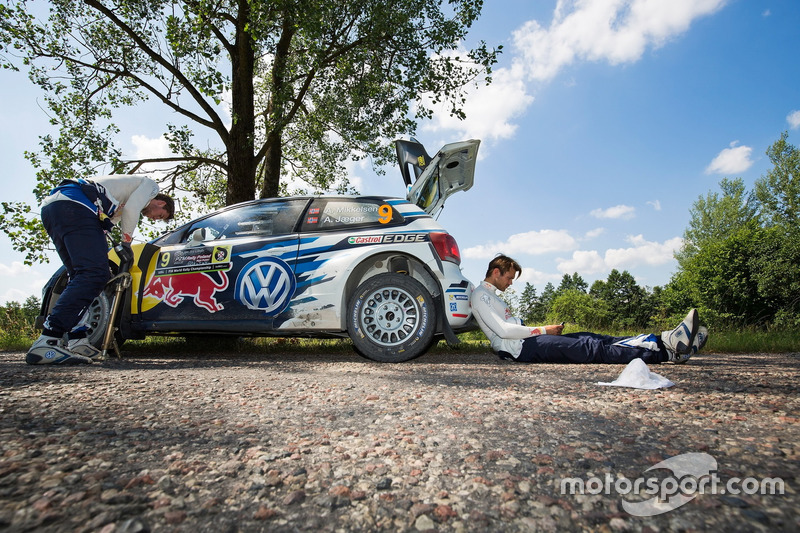 Mikkelsen has been a Poland specialist, having given Ogier a run for his money in both 2014 and 2015. For a change, he was in a close fight with Tanak and Paddon this time around. His faultless drive was eventually rewarded with a narrow victory, the second one of his career. He took it in a similar fashion to his first last year in Spain, but this one was a little bit more deserved as - critically - he was rather comfortably the quickest Volkswagen. 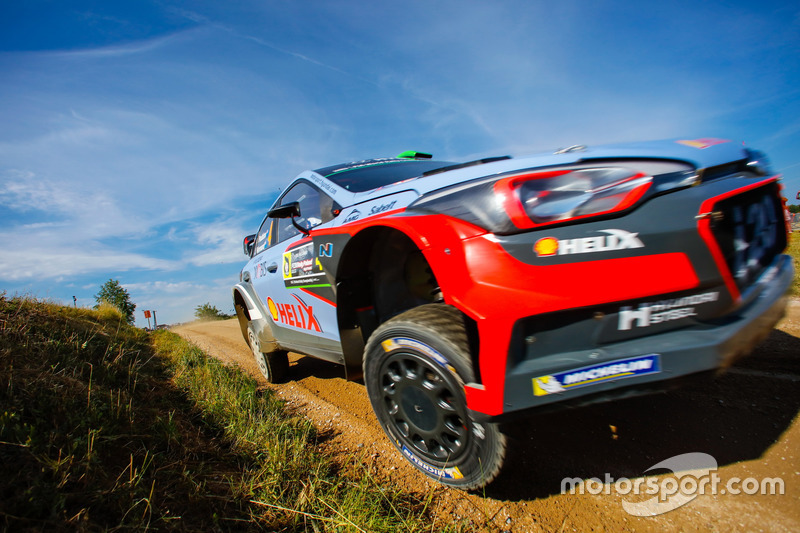 The Kiwi rebounded from two previous disastrous rallies with a mature, consistent performance. Although he spent the whole rally within the top three, he was never the overall leader although the victory was seemingly not out of reach. Instead, he had to turn his attention to keeping the podium spot on Sunday. He did that eventually, finishing just eight tenths ahead of Neuville. 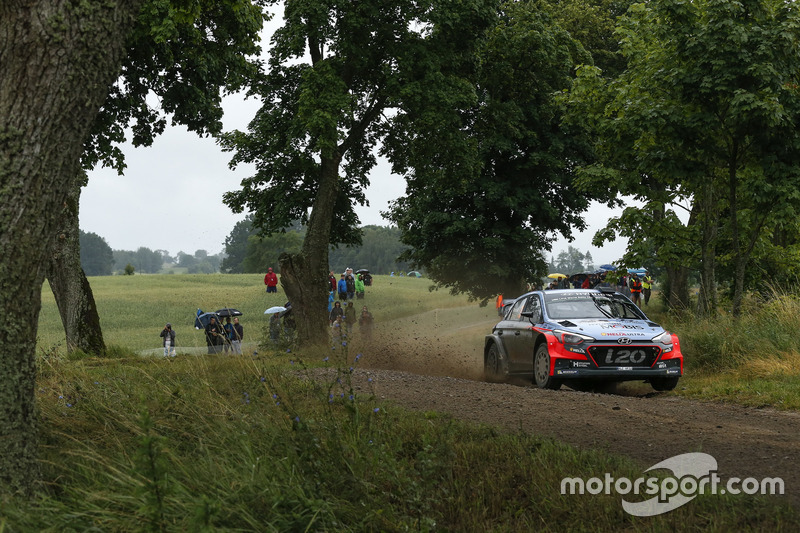 It's hard to tell whether Neuville’s rally should be considered as good or disappointing. While the Belgian wasn't as convincing as he was when he had won in Italy, the truth is probably closer to the former. Having spent the rally close behind Paddon, the Belgian missed out on the podium by the tiniest of margins. This result shows a fascinating intra-team battle is shaping up between the duo, should they both survive more rallies without problems in the future. 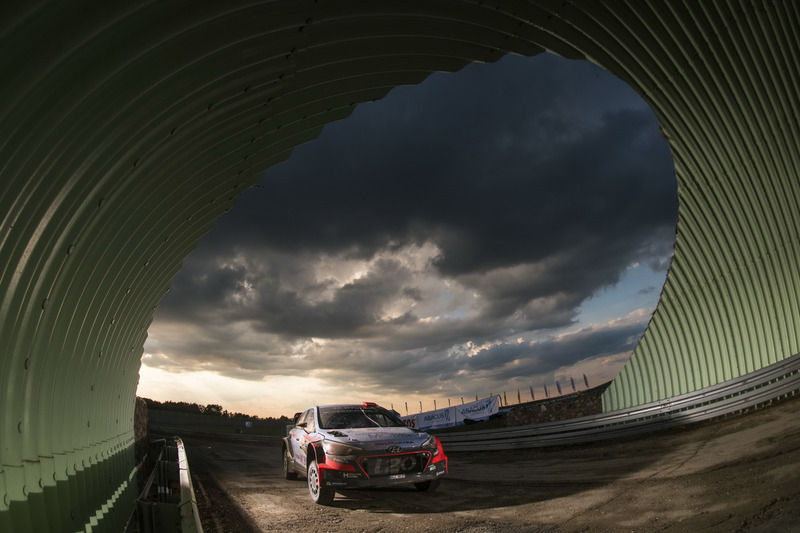 Sordo just doesn’t get Poland. Although he was second there in 2009, his return last year saw him languishing around 10th and exactly the same happened in the 2016 edition. Having been nowhere near his teammates and running behind the struggling M-Sport cars, he looked a long shot for any points at all at one stage. A competitor’s crash finally promoted him into 10th on Sunday, only for him to retire in the penultimate stage with an engine issue. A weekend to forget. 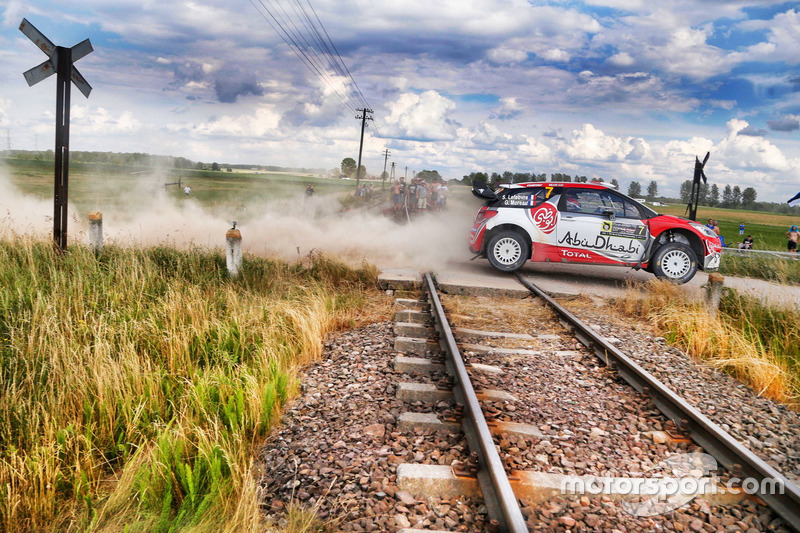 Without Kris Meeke, Citroen’s latest guest appearance went by without any of its drivers mounting a victory challenge. The two youngsters participating – and gunning for a full-time seat next year - contested a mega-close fight in seventh and eighth. Lefebvre spent most of the event in front only to crash his car on Sunday - he still made it to the points, but he lost the fight against Breen. 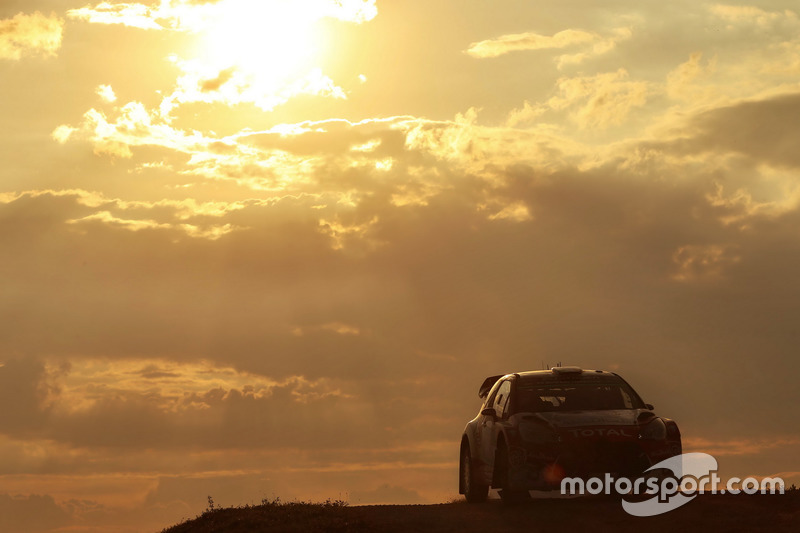 The Irishman’s second rally in the Citroen WRC car was as mature as his first one in Sweden. Although he was a slower than Lefebvre, the difference was minimal. With Meeke already signed up to lead the team’s title effort, Citroen will likely look for a consistent second driver and, in that area, Breen showed his credentials nicely in Poland. 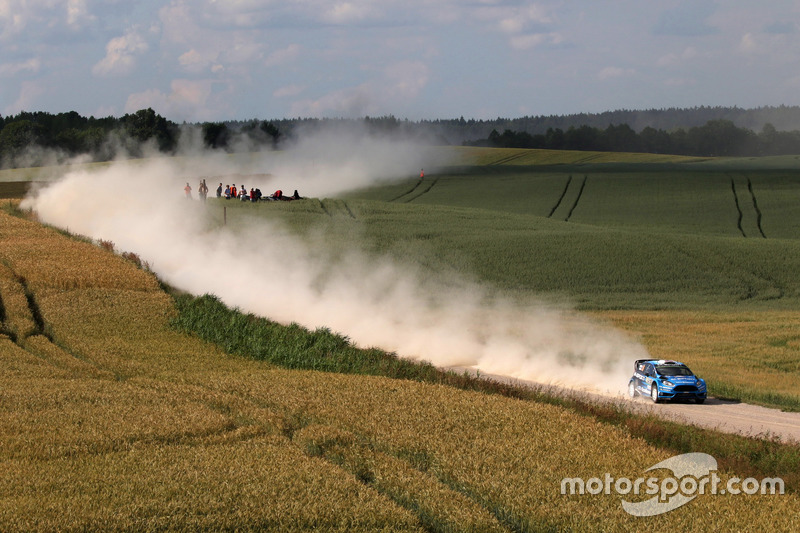 It looked like Ostberg’s issues with his Ford were solved after a strong showing in Italy. However, his Rally Poland painted an even worse picture than before. While M-Sport's duo was completely overshadowed by fellow Ford driver Tanak, Ostberg also was a step behind his significantly less experienced teammate. After a very promising start to the season, Ostberg is now in need of a strong result. 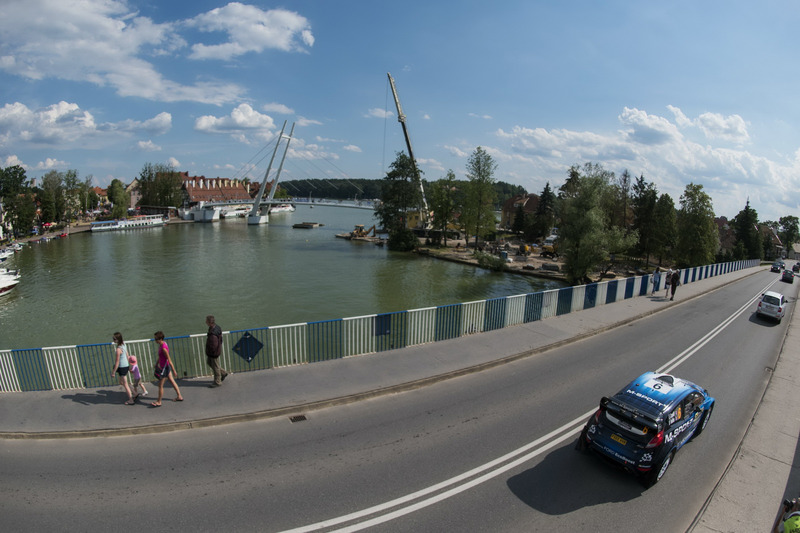 Just like his teammate, Camilli spent the rally in the lower parts of the top 10 and was never going to score more than a couple of points. Nonetheless, the fact he was beating Ostberg on a rally he has never driven before shows it was yet another impressive weekend from the Frenchman. He threw it away by going off on Sunday, but still managed to add one point to his tally. 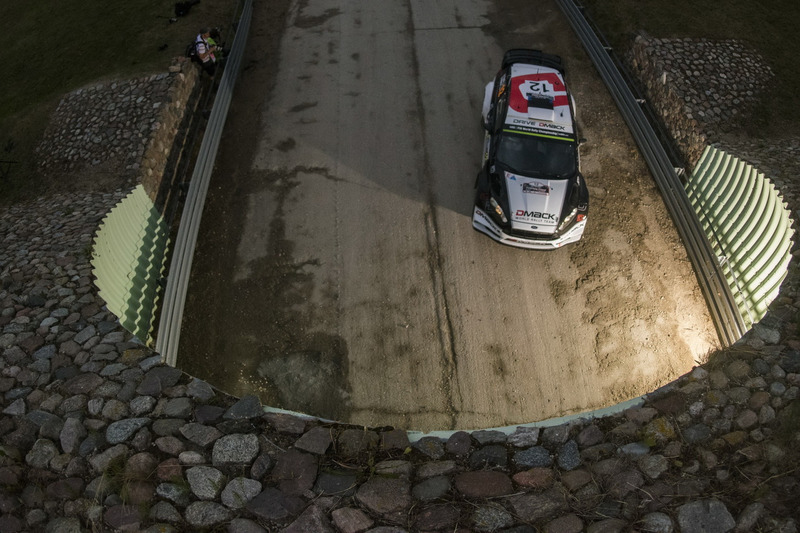 Not a lot of scenarios can end with a driver ending up as heartbroken and shattered after taking his career-best result as this one. Tanak, after all, was truly magnificent throughout the weekend. After battling with Mikkelsen and Paddon on Friday, he took the lead and established a safe gap on Saturday. Impressively, he even managed to extend that gap on Sunday when the starting position was not advantageous anymore. Yet, it was all for nothing because of a puncture in the penultimate stage. He still secured second but that’s hardly the position he deserved.