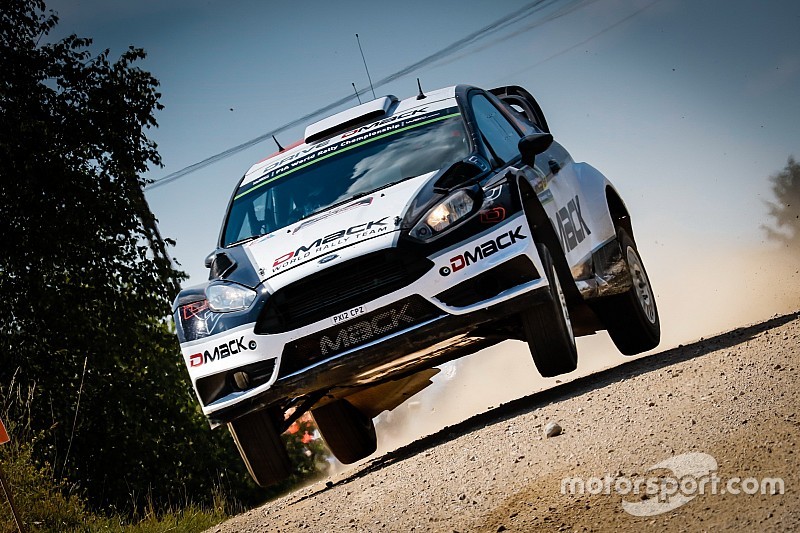 DMACK driver Ott Tanak was quickest in three of the four afternoon stages of Rally Poland and took the lead with a small advantage over Andreas Mikkelsen.

The Estonian driver's gap was up to 3.2s after SS8 but the following run, won by Hayden Paddon, saw Tanak drop a second to Mikkelsen.

The VW driver is just two seconds adrift as a result, with Paddon also less than 10 seconds behind.

Sebastien Ogier and Thierry Neuville continued to closely follow the top 3 but the Frenchman's teammate Jari-Matti Latvala in sixth ended up more than half a minute behind.

The Finn is just ahead of Citroen duo Stephane Lefebvre and Craig Breen, the latter temporarily edging ahead of the former, only for the Frenchman to fight back.

The M-Sport Fords of Eric Camilli and Mads Ostberg, as well as Hyundai's Dani Sordo, all continued to have a relatively low-key day, the latter duo ending up more than a minute behind Tanak.