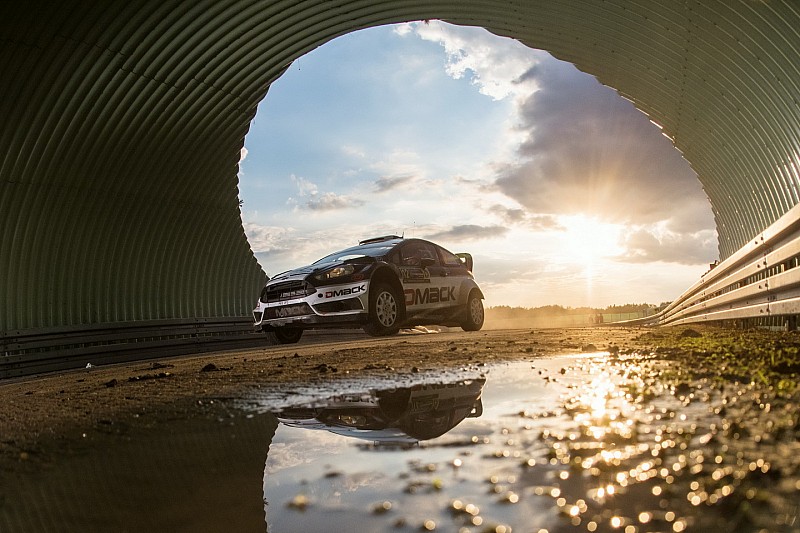 Ott Tanak remained in the lead of Rally Poland after a drama-free trio of Saturday afternoon stages.

The Estonian, who won all three morning tests, was 1.5s slower than stage winner Andreas Mikkelsen in SS14.

He lost the same amount of time to Mikkelsen next time around, this time the Norwegian finishing second behind Stephane Lefebvre, who took his first stage win in the WRC.

Tanak, however, made up for the three seconds he had previously lost in the final run, where he finished second just two tenths behind Jari-Matti Latvala.

The DMACK driver's lead is now up to 19.5s and 24.6s over Mikkelsen and Hayden Paddon respectively, with five stages left in the rally.

Thierry Neuville is now the last driver less that a minute adrift in fourth, followed by Latvala and Sebastien Ogier, the duo separated by five seconds.

Citroen's youngsters continued to their close fight in seventh and eighth with Lefebvre narrowly ahead of Craig Breen.