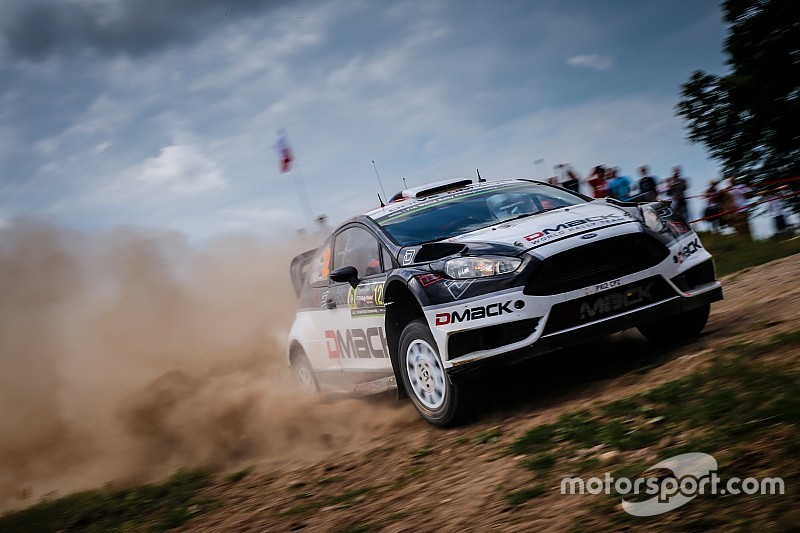 Ott Tanak more than quadrupled his lead in Rally Poland, scoring three stage wins on Saturday morning, with Andreas Mikkelsen and Hayden Paddon continuing to be his closest challengers.

Tanak, who concluded yesterday by setting the pace alongside Sebastien Ogier in the Super Special, had a four-second lead to kick off the day.

He increased the gap to over 10 seconds after his first two of three wins and eventually ended up leading by 18s.

Mikkelsen and Paddon remained in the top three throughout the day, the Kiwi now seven seconds off the Norwegian.

Thierry Neuville stole fourth from Ogier in the first stage of the day and beat the Frenchman by 12 seconds in SS12, which the championship leader simply described as a "disaster".

Ogier then fell behind Jari-Matti Latvala in the subsequent test despite the Finn overshooting a junction.

The top 10 was completed by Citroen duo Stephane Lefebvre and Craig Breen and M-Sport pairing Eric Camilli and Mads Ostberg.