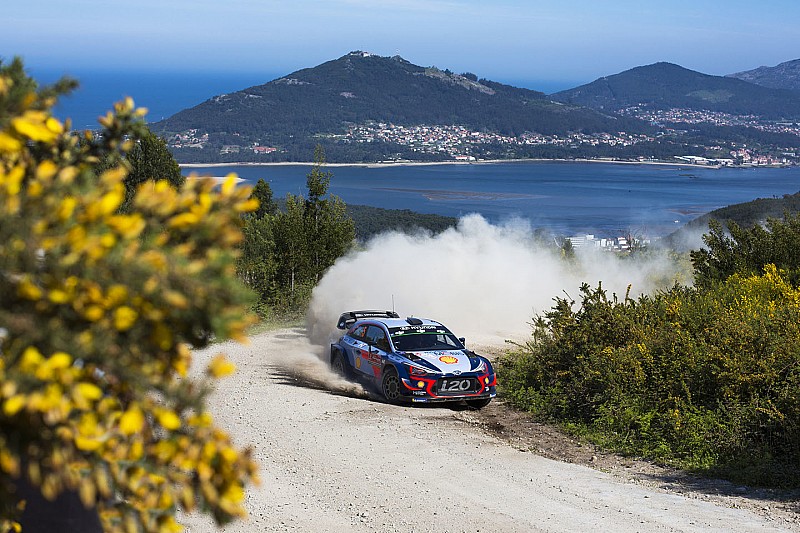 Neuville was 0.9s quicker than Evans in the opening stage of the day at Viera do Minho but the M-Sport driver then reduced the gap from 18.6s to 12.7s by topping the second Cabeceiras de Basto stage.

However, Neuville insisted he was looking after his tyres with the long subsequent stage in mind.

Neuville backed that claim up by beating Evans by 17.2s in the third stage at Amarante, to leave him 29.9s in the clear.

The Belgian's teammate Dani Sordo in third place overall ended the morning only five seconds shy of Evans after also making ground on the Welshman in the final stage of the loop.

Toyota’s Esapekka Lappi in fifth overall closed to within five seconds of Ford’s Teemu Suninen in fourth, halving the gap since the start of the day.

Citroen’s Mads Ostberg and Craig Breen are a distant sixth and seventh overall after delays earlier in the rally, and lost further time to the leaders.

Their teammate Kris Meeke, who had been running seventh, had a spectacular crash on the third stage of the morning.

The rear of his Citroen slid around on a left-hander and the car ended up on its side in the trees. Both Meeke and his co-driver got out of the car and looked unhurt.

Following their troubles yesterday, M-Sport Ford’s Sebastien Ogier, Toyota’s Jari-Matti Latvala and Hyundai’s Andreas Mikkelsen all returned to the action in Rally 2 today, hoping to score Power Stage points on Sunday. Latvala topped the times in the first stage of the day.