Ott Tanak leads Rally Australia following Saturday afternoon's loop of stages, while Sebastien Ogier will go into the final day of the WRC season in control of the title fight. 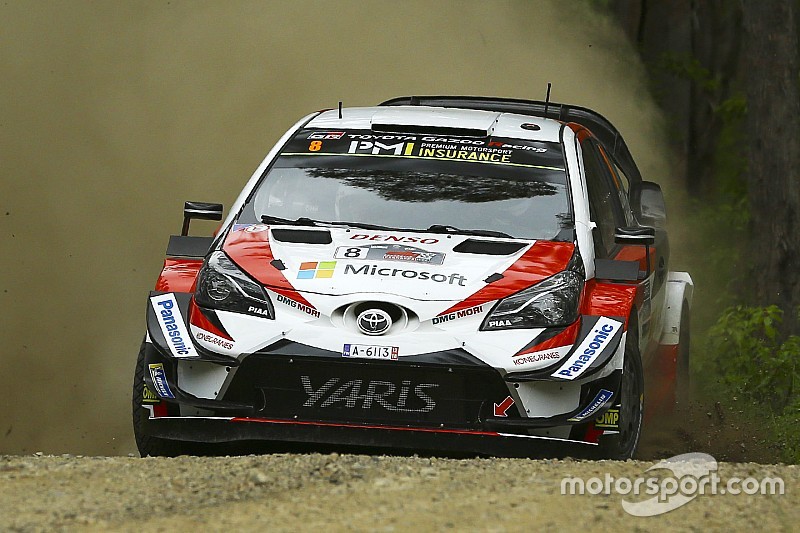 After setting identical times on the first stage of the afternoon loop, Tanak burst into a 0.8s lead with a stunning run through the Welshs Creek Reverse test that gapped the field by four seconds.

Tyre choice then helped stretch the advantage on the second pass through Urunga, a decision by Latvala to take just one spare compared to Tanak's two leaving the pair separated by 7.4s at the top of the leaderboard.

Tanak may have the lead of the rally, but Ogier is still in control of the title fight. The Frenchman held station in sixth overall throughout the afternoon loop, which would give him enough points to seal a sixth crown even if Tanak wins the rally and tomorrow's Power Stage.

He's under little threat from behind, too, with M-Sport stablemate Elfyn Evans 26s back in seventh.

Neuville, now the rank outside of the three contenders, ended the loop sitting eighth, making up one spot on a long afternoon of sweeping the roads.

The Hyundai driver jumped Teemu Suninen on the Welshs Creek Reverse stage to move into eighth, however he's still 32s behind Elfyn Evans in seventh and almost a minute behind Ogier.

Hayden Paddon sits third after the afternoon loop, closing in on Mads Ostberg through Argents Hill Reverse – which he topped – and Welshs Creek Reverse before pulling away when the Citroen driver struggled on the Urunga test.

Paddon now holds a 14s advantage over Ostberg, who was perplexed with his lack of pace on the final forest stage.

"The balance was not so nice, it was about surviving," he said. "The conditions are so tricky, I can't even understand what I just went through. I don't know what to say."

Esapekka Lappi, who topped the Urunga stage, is 11s behind Ostberg and 55s clear of Ogier.