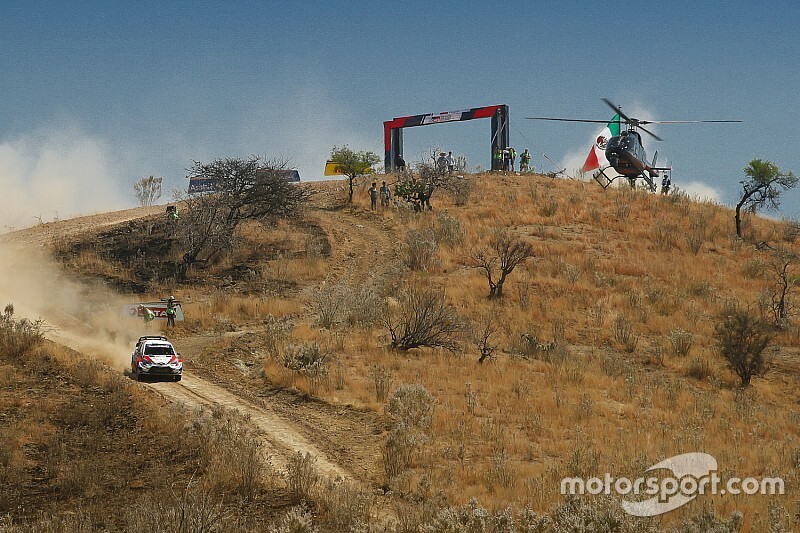 Rally Mexico will end this evening to allow participants to get home as travel restrictions mount worldwide to slow the spread of the coronavirus.

The FIA announced the early termination of the third date of the World Rally Championship in view of the increased precautionary measures being introduced to protect the population from the COVID-19 pandemic.

The Rally Mexico was the only FIA world competition being held at this time after multiple cancellations within motorsport.

The organization of the competition reported that the agreement was taken between the teams, the FIA and the rally organizers. Since more than 75 percent of the route will be completed, full points will be awarded.

Diego Sinhue Rodríguez Vallejo, governor of Guanajuato: “In co-ordination with the organising committee of Rally Guanajuato México, and due to the closure of some destination airports for teams and visitors from foreign countries, the decision to move forward the awards and closing ceremony of the event to this evening has been confirmed.

“We support and respect this decision, which has been made based on the availability of destination airports. The State of Guanajuato continues without any confirmed cases of COVID19 and with all the corresponding prevention mechanisms in place.”

In response to the ongoing coronavirus pandemic, many EU nations are in the process of closing their borders and airports across the continent are closing. In the USA, where many of the international WRC community have their connecting flights to Europe, the closure of airports is due to take place from Monday evening.

Team staff in particular were keen to ensure that they could complete the post-event tear down of their equipment at the Rally Campus in Leon on Sunday and bring forward their return flights in order to ensure being out of the US before the lockdown is enforced.

Some drivers, including six-time WRC champion and current Rally Mexico leader Sebastien Ogier, were critical prior to the event of it going ahead due to the COVID-19 pandemic.

Across the globe, more countries are introducing more drastic measures to quell the spread, while travel bans are enforced in more territories. The WRC has already confirmed its next round in Argentina has been postponed owing to the outbreak, which means the series is now facing a minimum two-month period of inactivity after the Chile event – which was due to be round four – was cancelled due to social unrest in the country.

This all comes in the wake of the cancellation of the Formula 1 Australian Grand Prix, plus events in Formula E, NASCAR, IndyCar and the World Endurance Championship also getting canned in recent days.

Heading into this afternoon's final loop, Toyota's Ogier is almost 30 seconds clear of the M-Sport Ford Fiesta of Teemu Suninen.

Mexico WRC: Ogier in control as Neuville shuffles the deck