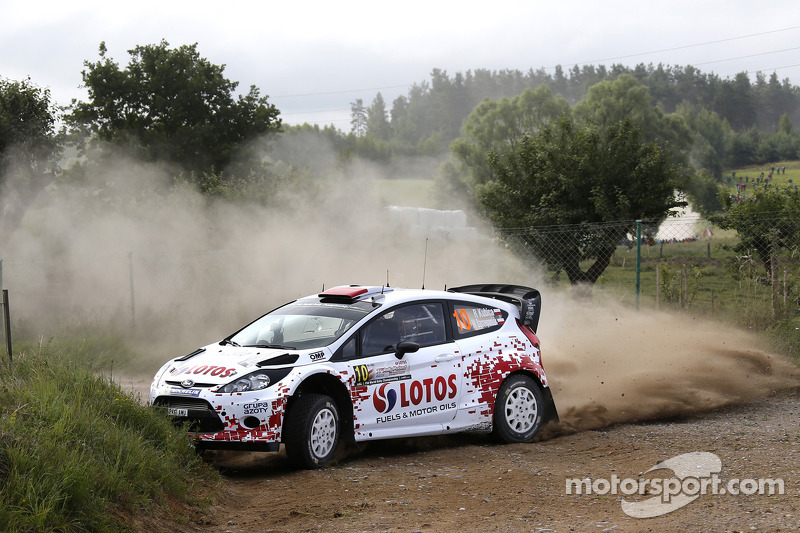 Taking the right-rear wheel off his Ford Fiesta RS WRC on SS17, Robert Kubica was forced to make an untimely exit from Rally Poland’s third day of competition.

Having shown some impressive speed on his home event, RK M-Sport World Rally Team’s Robert Kubica did not have luck on his side today. Taking the right-rear wheel off his Ford Fiesta RS WRC on SS17, the pole was forced to make an untimely exit from Rally Poland’s third day of competition.

During the event’s early phases, Robert had impressed in front of the home crowd. Setting some very encouraging stage times – including two top-three times – the Pole’s mix of speed and caution was paying dividends. Pushing when he felt comfortable and controlling the pace when the conditions became more challenging, he and co-driver Maciek Szczepaniak were on course for another successful result on gravel.

The morning loop started well, but a puncture on SS12 halted his charge. Having only taken one spare wheel, a second puncture was something the team could not afford but that is what happened on SS14. Clipping a rogue rock which caught out a number of his fellow competitors, one would have been forgiven for assuming that marked the end of his day.

But the Pole’s never give up attitude – combined with the strength of Michelin’s LATITUDE Cross tyres – shone through. Working closely with the team, Robert and Maciek took control of the situation to make it safely through SS15 and back to service with the delaminated tyre.

Embarking on the afternoon loop, it looked as though luck was back on his side. Setting another strong time through the second pass of ‘Chmielewo’ (SS16) a comeback seemed imminent. Unfortunately, it was not to be.

Running wide out of a corner on SS17, Robert damaged the right-rear wheel of his Fiesta which put an end to his day’s rallying. With his car fully repaired for tomorrow’s final day, the Pole will return to the stages under Rally 2 regulations.

Robert Kubica (22nd): "On SS17 I turned into a corner a bit too late after a crest. It was narrow and as I exited the corner I went a bit too wide onto the grass where we hit something with the rear. I was hoping we only had a puncture but on the next crest I realised the wheel was damaged. We went off into a bank and hit another rock, this time with the front.

“The [second] hit was so hard that it damaged the bumper. Oil spilled onto the brake disc and that started a small fire. We stopped immediately and to put it out.

“It has been a very tricky day for us. When we were staying on the road it was fun to drive but lately we have been haunted by hidden stones.”

Ogier and Mikkelsen dice for honors in Rally Poland