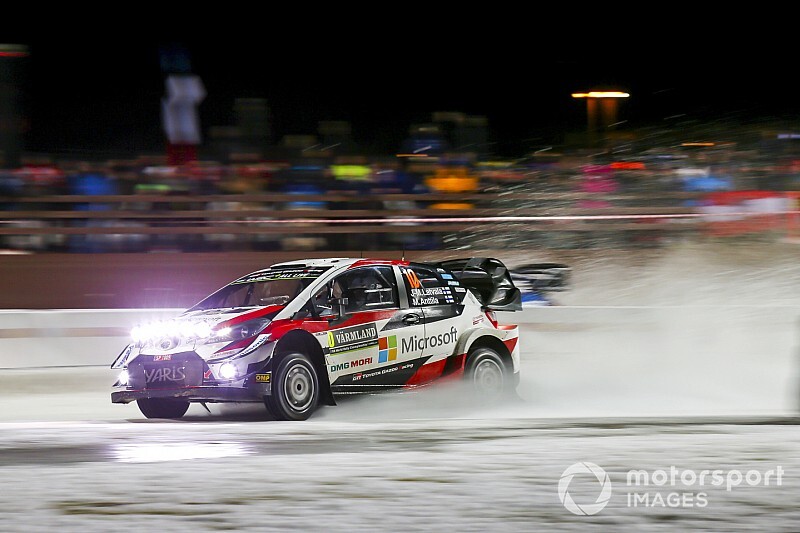 Rally Sweden's opening Karlstad superspecial has been cancelled as concerns continue over the unseasonably warm temperatures affecting the WRC's only snow-based event.

The rally's 1.9km curtain-raiser uses the city's trotting track and had been scheduled to take place at 2000 local time on Thursday.

But following a meeting between Rally Sweden chiefs, the FIA, WRC Promoter and representatives of the WRC teams, the decision was made to run stage as the second part of shakedown. The change required the granting of an FIA waiver.

A statement from event organisers read: "In the interest of continuing to provide top entertainment to rally fans at the Karlstad stage, the stage will be run as a second part of the morning's shakedown, rather than as a competitive stage.

"Each of the rally cars will be required to compete a timed run of the Karlstad stage, which will be broadcast live around the world to the WRC's broadcasters."

Rally Sweden CEO Glenn Olsson added: "This was the best way to handle the situation around the demanding tyre situation, so I'm happy that we will see some good action as usual in Karlstad."

The promotional activities planned at Karlstad are unaffected by the stage cancellation with the ceremonial start due to begin at 1900.

On Wednesday, temperatures of four degrees centigrade were reported on part of the rally route, which was cut from 18 to 11 stages last week due to a shortage of snow.