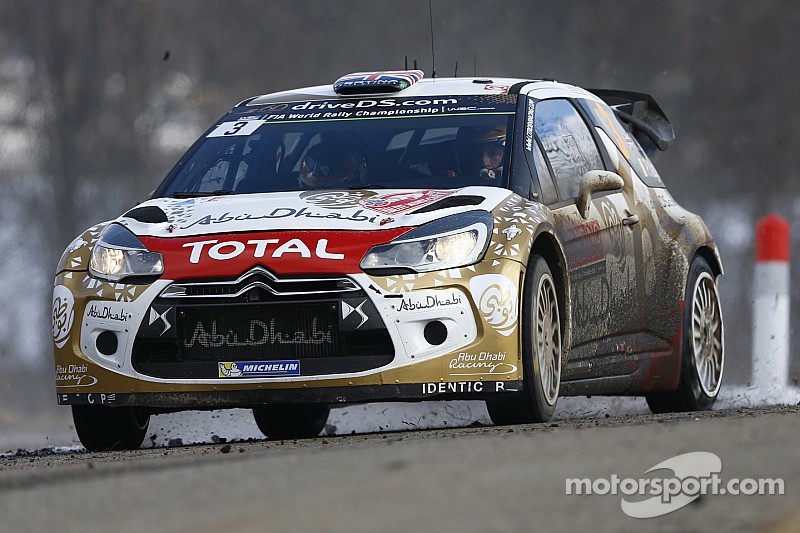 The immense popularity of the Rallye Monte-Carlo showed no signs of waning today. So much so, in fact, that the rally organisers decided to cancel the opening stage of the day for safety reasons, due to the very large numbers of spectators, and let the crews set off for Lardier et Valenca – Faye (SS10), a massive test of over fifty kilometres.

Tyre choice was the decisive factor for many of the performances on this long test. Robert Kubica made the right call as he set the fastest time on super softs, just ahead of Kris Meeke and Sébastien Loeb, on soft tyres. After the midday service in Gap, the crews left the Hautes-Alpes department to head back towards Monaco.

I’m also here to have fun with the DS 3 WRC and it worked out pretty well today!

The DS 3 WRCs then topped the timesheets as Sébastien Loeb went fastest on the mostly dry roads of Prunières – Embrun (SS11) before Kris Meeke won the daunting Sisteron – Thoard test. The British driver set the fastest time with a mix of two studded tyres and two super softs, a combination which proved very effective when he tackled a section with icy patches and snow in the middle of the stage.

Consistent throughout the day, Mads Østberg grabbed fourth position overall at the end of SS10. The Norwegian will start tomorrow’s leg with a 33-second lead over his nearest challenger.

In the WRC 2 category, Stéphane Lefebvre extended his lead to over three minutes in his DS 3 R5. In the FIA Junior WRC, Quentin Gilbert continued to dominate. Over three minutes behind, Ole Christian Veiby and Christian Riedemann completed the podium places in their DS 3 R3-MAXs.

The final leg of the Rallye Monte-Carlo will be a loop around Monaco. The action is due to get underway at 7.30am with a first run on Col St Jean – St Laurent. The crews will then tackle La Bollène Vésubie – Sospel, which runs over the top of the Col de Turini, before finishing with a second run on Col St Jean – St Laurent. The repeated pass will also serve as the Power Stage and be televised live from 12.00pm. The prize-giving ceremony will be held in Place du Palais from 1.49pm.

Sébastien Loeb: “We didn’t really have the same motivation this morning. So decided to change strategy. Instead of going with a mix of tyres and spending the thirty-five kilometres of Sisteron understeering to try and not lose time, I preferred to enjoy myself a bit by putting on slick tyres. I tried to be aggressive to dominate the car and to drive quickly. I’m also here to have fun with the DS 3 WRC and it worked out pretty well today!”

Mads Østberg: “On the final stage of the day, we had a little technical problem. We decided to stop to reset the engine and finish normally. We’ll take a closer look at the issue in service tomorrow morning. We’re in a good position, but the rally isn’t over yet.”

Kris Meeke: “It all came down to tyre choice, in the end. Ideally, it would have been better to have hard tyres on SS11 and then studded tyres on SS12 but that wasn’t possible. We had to compromise. We managed to get the right mix of tyres to set the fastest time on the final stage. So I suppose that’s some consolation after what happened yesterday.”

M-Sport refuse to give up the fight