Oliver Solberg says he has surprised himself a “a little bit” to be fighting towards the sharp end of the Rally Monza leaderboard in only his fourth top flight World Rally Championship outing.

The son of 2003 WRC champion Petter Solberg delivered one of his best showings to date in a Hyundai i20 WRC car to end Friday sitting fifth of the nine WRC runners.

Solberg, partnered with his fourth different co-driver of the season in Elliott Edmondson, finished six of the seven stages with a top-five time, and three of the tests with the fourth-quickest time.

As a result, the 20-year-old ended Friday 34s adrift of leader Toyota driver Elfyn Evans, but only 10.8s behind his more experienced Hyundai team-mate Dani Sordo whom he will be share Hyundai’s third 2022 WRC entry.

Solberg's best WRC results to date are a pair of seventh-place finishes at Arctic Rally Finland in February and Spain last month.

“Yeah I am little bit [surprised by my pace],” Solberg told Motorsport.com. “The Toyota guys are in a different league fighting for championships and taking huge risks, but I’m keeping up with the top Hyundai guys, so I’m very happy.

“It has been good but it has been difficult with it being damp and dry so to have the mix and with all the leaves that have been smashed into the ground, it has been very, very difficult.

“A lot of things have happened, it has been a positive day in terms of speed and I’m more confident in the car. Now we have done two races on tarmac in a row, that helps bring the confidence up and I have good speed.” 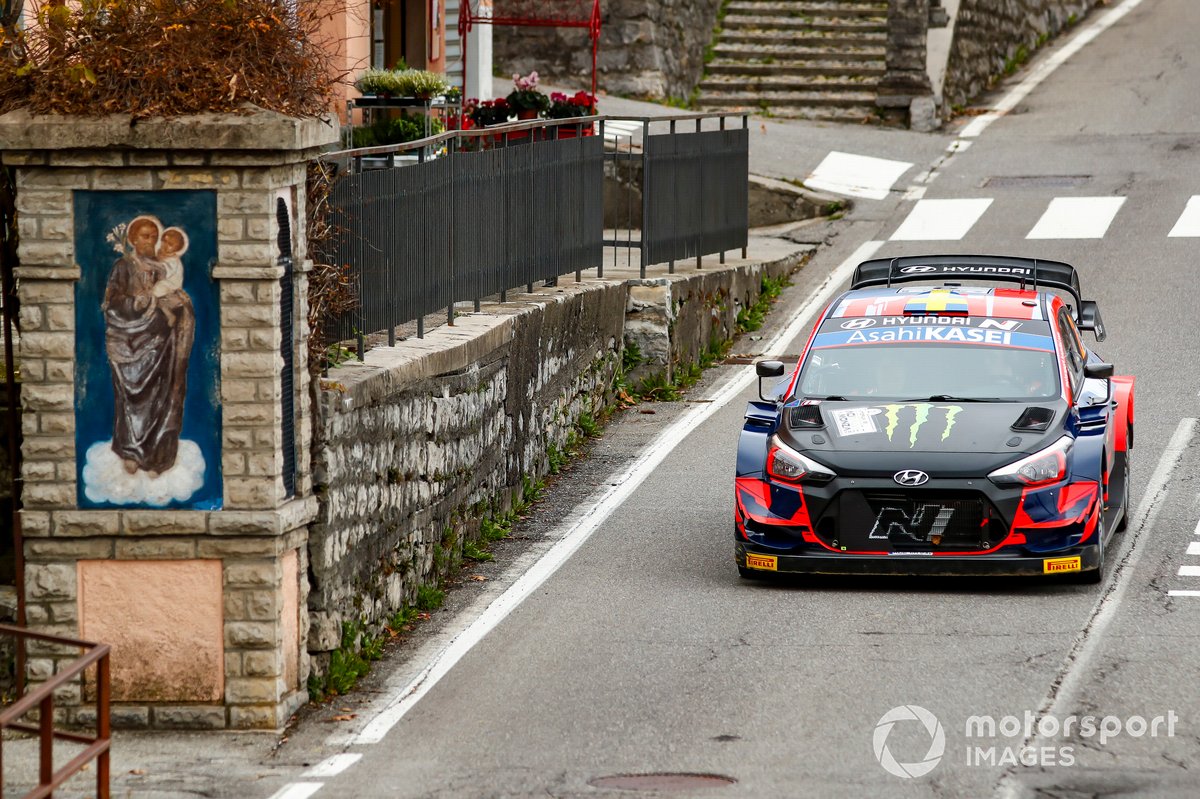 “I’m impressed by his performance because I thought he would have been fast, but closer to the end of the rally,” said Adamo. “It also means that the approach taken to let him stay in the car more and more to get confidence is paying back.”

Ogier: "Only danger" is myself in WRC title fight on Rally Monza