Solid start for Kubica in France 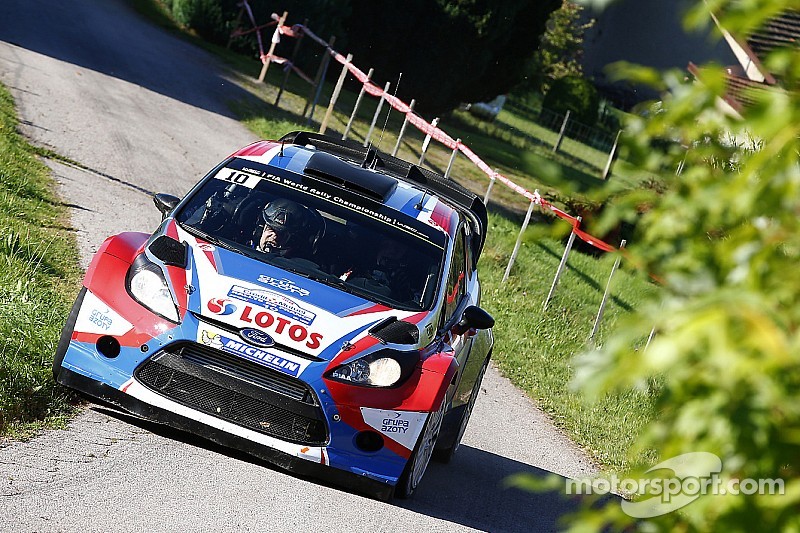 Robert Kubica is well placed to secure his best performance of the year.

RK M-Sport World Rally Team’s Robert Kubica got his Rallye de France off to a solid start today. The popular Pole delivered a consistent performance that sees him well placed inside the top-ten in seventh position overall.

Robert may be a Tarmac specialist, but there are many new things for him to discover this weekend. Not only is this his first experience of the French asphalt with a world rally car but many of the stages are unfamiliar to the Formula One race winner who also has to get to grips with Michelin’s new tyre compounds – updated versions of the Pilot Sport.

We had another clean run apart from a spin on the second stage...

Having delivered a smooth drive over the morning loop, he and co-driver Maciek Szczepaniak altered the set-up of their Ford Fiesta RS WRC to get the most out of the tyres through the afternoon speed tests. Improving their pace significantly, the pairing posted the third fastest time through the second pass of ‘Pays de Salm’ (SS6).

As he continues to gain knowledge of the car, tyres and stages Robert will be looking to make further gains as the event continues and is well placed to secure his best performance of the year.

Robert Kubica (7th) said: “It’s been an okay afternoon for us. We had another clean run apart from a spin on the second stage [of the afternoon, SS5]. I lost a bit of concentration into a hairpin and we had to reverse and lost about 10 seconds. After that I told myself that I had to reset, and I was really happy with my driving and the time on the next one [SS6].”

Team Principal, Malcolm Wilson OBE, said: “Robert [Kubica] has had a really good day. The spin he had on SS5 was quite a big one, so I think he was relieved to have got away with that, and then to go on and set a fantastic time on the following stage [SS6]. He’s right in that battle for fourth and in a great position to fight for what could be his best result of the year.”

Meeke and Østberg in confident mood in France