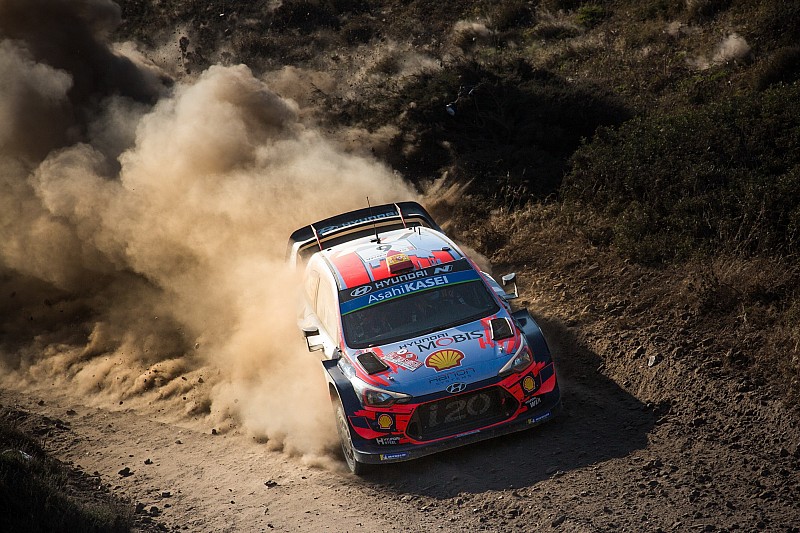 Dani Sordo will return to WRC action with Hyundai for this month's Rally Germany, the Korean marque has announced, with Sebastien Loeb sitting out the event.

Sordo admitted after his shock Rally Italy victory in June that he didn't know when his next event in an i20 Coupe WRC would be - although he expressed an interest in competing in Germany, the scene of his only other top-level WRC win.

Now it has been confirmed the Spaniard will join Thierry Neuville and Andreas Mikkelsen for the Saarland-based event on August 22-25.

It means Loeb, a nine-time winner in Germany, will remain on the sidelines, with the Frenchman expected to return to action in Spain for the sixth and final rally of his 2019 deal.

Hyundai team boss Andrea Adamo said: “After having seen the most recent rallies, and having done a projection for the final part of the season, we think that Thierry/Nicolas [Gilsoul], Andreas/Anders [Jaeger] and Dani/Carlos [del Barrio] will give us our strongest line-up for Germany.

"I trust my people a lot and I have been amazed at the performances from the crews in the first half the season. I think this is the best choice we can make, to put us in a position to secure the best result possible in our fight for the manufacturers’ championship.”

Neuville is Hyundai's main championship challenger, and lies third in the standings with five rallies to go, 25 points behind Toyota's Ott Tanak.

Hyundai holds the edge in the manufacturers' contest over Toyota, which trails by 24 points.

Why Toyota must rein in its WRC support players