Sordo unsure of next WRC event with Hyundai

Rally Italy winner Dani Sordo says he remains in the dark about when his next WRC round with the Hyundai team will be.

The Spaniard delivered a sensational second career victory in Alghero last week, but will be waiting by the telephone to hear from team principal Andrea Adamo about his next outing.

Rally Finland remains the big question for Hyundai, and asked if he would like to do the event, Sordo told Motorsport.com: “What do you want me to say? I don’t know.

"It’s not my preferred rally, but maybe I can go there and take some points, fourth, fifth place, something like that. But it’s August, no? That’s nice for the holidays.”

It was a different story when Sordo was asked about the following round in Germany – the scene of his maiden WRC win with Citroen in 2013.

“I would like to do Germany, but maybe that’s complicated with [Andreas] Mikkelsen, [Sebastien] Loeb and Thierry [Neuville]," he said. "I don’t know about that one.”

Motorsport.com understands Sordo is likely to be in Germany, alongside Neuville and either Loeb or Mikkelsen. Loeb’s sixth and final 2019 outing with the team is scheduled for Spain.

Sordo continued: “I’m just trying to do my best in these rallies. Between now and the next rally, we have some time to think.

"It’s maybe too early to think about next year, but I don’t have anything sorted yet and I would like to continue with these rallies I am enjoying.”

Adamo will have to make up his mind who is in the third Hyundai by July 1, when entries close for Rally Finland. 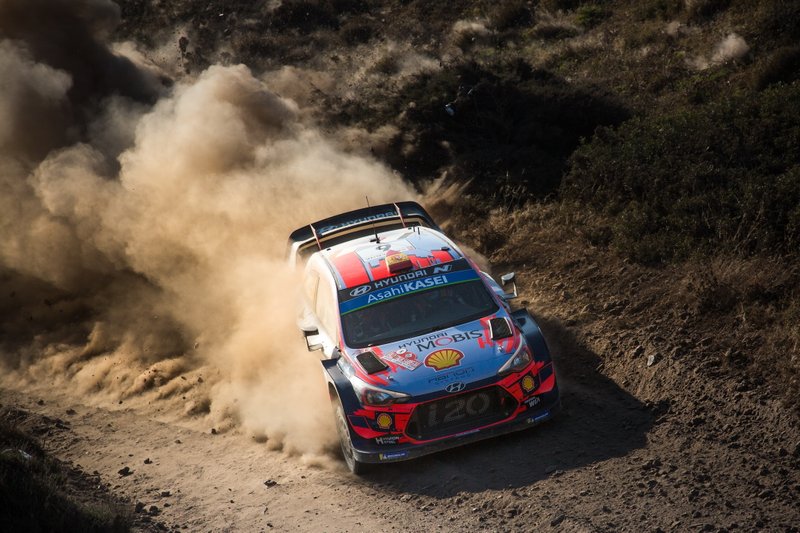 Toyota: Tanak issue not something we've seen before