M-Sport hopes Ford can aid its bid to sign Tanak

Malcolm Wilson has not given up on re-signing Ott Tanak from Toyota, but says Ford’s involvement will be key to bringing the World Rally Championship leader back to M-Sport.

Tanak had looked set to re-sign with Toyota following the end of his current contract with the team in 2019, but Wilson met with the WRC championship leader and another M-Sport ex-driver – Tanak’s advisor Markko Martin – over the Rally Germany weekend.

Tanak confirmed before the start of the event that no deal had been signed with Toyota, his representatives were in talks with other teams and that he expected a deal to take “some time”.

Wilson has targeted Tanak for his engineering nous as well as his driving ability, with a new rules cycle involving hybrid technology due to come in for 2022, which will mean planning and testing in the next couple of years.

When asked by Motorsport.com how he planned to fund a Tanak deal, Wilson said: “That’s what we are looking at at the minute.

“We’re looking at all aspects, obviously we can’t do the new car for 2022 without Ford as well, as you’re aware there’s a big Ford presence here [at Rally Germany].

“There will be no decisions made this weekend, but hopefully we can find a way to keep Ford involved in at the highest level.”

Ford are currently in the team name – M-Sport Ford World Rally Team – and its performance division provides technical support to the squad. It has not been involved as a full manufacturer since 2012.

Toyota are still favourites to sign Ott Tanak, and team boss Tommi Makinen drew parallels between Tanak's decision and his Mitsubishi career where Makinen won four world titles and stayed for six seasons, despite receiving offers from other teams.

“Of course, I totally understand,” Makinen told Motorsport.com.“I don’t care about that.

“If he wants to do something else, it is his decision and I understand that. If he wants to continue, we can do that and it would be perfect.”

He added: “I had a similar situation [at Mitsubishi], many times I remember there were other possibilities.

“I was looking at my own position, It’s such an important decision when you decide your next two years for example. It’s such a special time which doesn’t last forever.

“If I’m thinking from a drivers’ point of view, it would be easy to continue where he is now…” 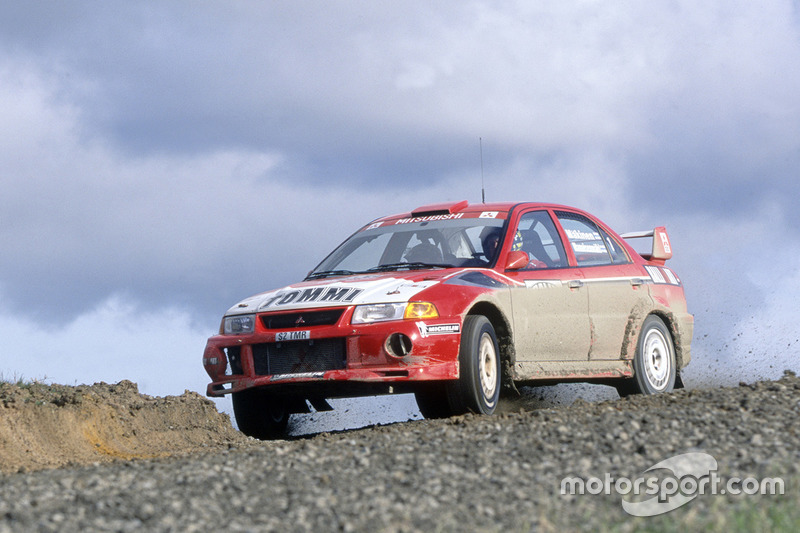 The key weapon WRC teams are scrambling to secure