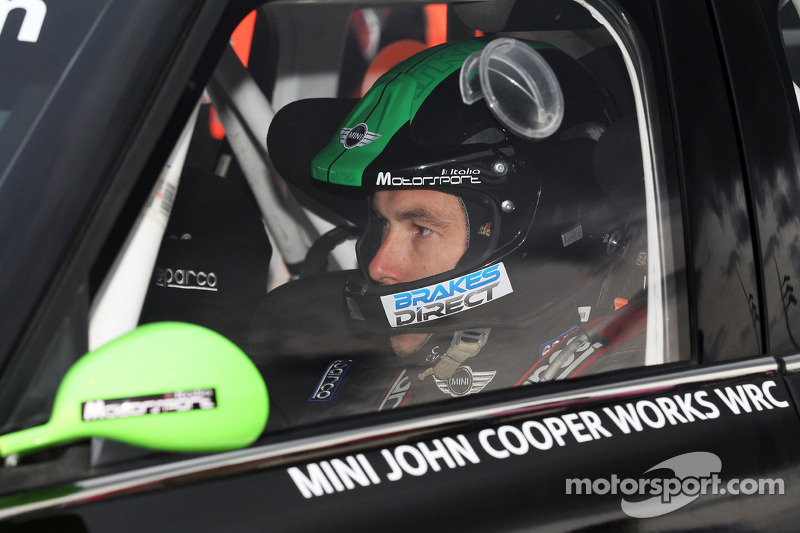 'It's Céline here and we've reached the end of Rallye de France. Wow, it was a long week - long days and unpredictable weather conditions, but a very positive event for WRC Team MINI Portugal with Atko finishing in 8th place overall and picking up four WRC points. 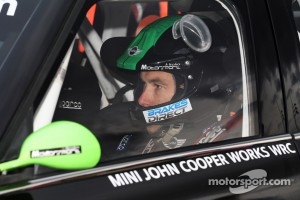 'The atmosphere is great in our service area when after such a long and difficult event you bring home a good result. It's certainly a reward to all the team for the hard work they do. It's good for morale and it helps to boost confidence for the upcoming rallies.

'This was Atko's first time at the Alsace-based Rallye de France as he had only taken part in the event back when it was based in Corsica where the roads are a lot twistier with higher grip and warm surfaces. Also, in Corsica crews had to contend with a lot of lateral g, while pace notes used to be very technical. Despite his lack of experience here he did a great job driving consistently all weekend and not making any mistakes. Atko hasn't actually made one mistake in any of the three rallies he's done with WRC Team MINI Portugal. Friday was a tough day, and the unpredictable weather conditions made the job more difficult. However, after working with the team on a new solution for Saturday his times improved a lot and consistently, his feeling with the MINI getting better and better. Today it was just a matter of getting through the stages without making mistakes in order to score another Top 10 finish.

'This was also a special weekend for Atko as after a few years he was back in the car with his old co-driver and fellow Australian Glenn MacNeall. They used to drive together in the WRC until 2007 so they know each other very well and I bet the atmosphere in the car is great - Glenn (or GMac as we call him) is great fun! Prévot will be back for Rally Italia Sardegna but - due to previous commitments - he can't make it to Rally de España and Glenn will join the team again for the last round of the season.

'Rallye de France was right up to the last moment a very positive event for Paulo too. He drove most of the stages with no major problems. Apart from a small issue with the gearshift yesterday - easily fixed by the boys during last service - he had an otherwise trouble free weekend during which he learnt a lot about driving on Tarmac and he's becoming more and more comfortable on asphalt based events. Unfortunately he hit a tree on SS21 - the penultimate stage of the rally - and was forced to retire. But that's rallying and these things happen!

'As far as my job is concerned, today is probably the hardest day. We have to pack everything to be ready to travel back home tomorrow morning to prepare for Rally Italia Sardegna in less than two weeks. Packing is a very long and exhausting job, luckily the boys always give us a hand even though they have their hands pretty full as well!

'Managing a team's hospitality means long hours, a lot of planning and budgeting but also loads of flexibility. For example, when a driver retires for us it means longer hours but we're part of a team and that's how things work - we're all in this together after all! :-)

'I've also learnt a lot during this season about how a team works logistically and operationally. I think it's always good to learn things that go beyond your area of expertise, you never know but you could end up needing them in the future.

'I have to admit that - at the beginning - being the voice of the team for Rallye de France felt a bit awkward as I'm more used to being behind-the-scenes but as soon as I got into it I really started to enjoy myself and it was also flattering as many people told me they've found my columns interesting and learnt about a different aspect of the WRC.

'After all the rally world isn't only about the drivers, the speed and the cars (although those aspects are pretty awesome! ;-)) - there's a lot more behind it that people don't often see. It was truly an honour invite you into my part of the WRC world and I hope you've enjoyed it as much as I have.

'We head to Rally Italia Sardegna now, the penultimate round of the Championship and a new challenge for WRC Team MINI Portugal. Being Motorsport Italia's home event I really hope it will bring us another positive result! :-)

'And finally...from all the team a big congratulations to my countryman Séb Loeb and his co-driver Daniel Elena. Super bien fait!!