After scrutinising the M-Sport Fiesta and Citroen C3, Matt Somerfield takes a closer look at the Hyundai i20 and Toyota Yaris in the second part of our WRC 2017 technical analysis. 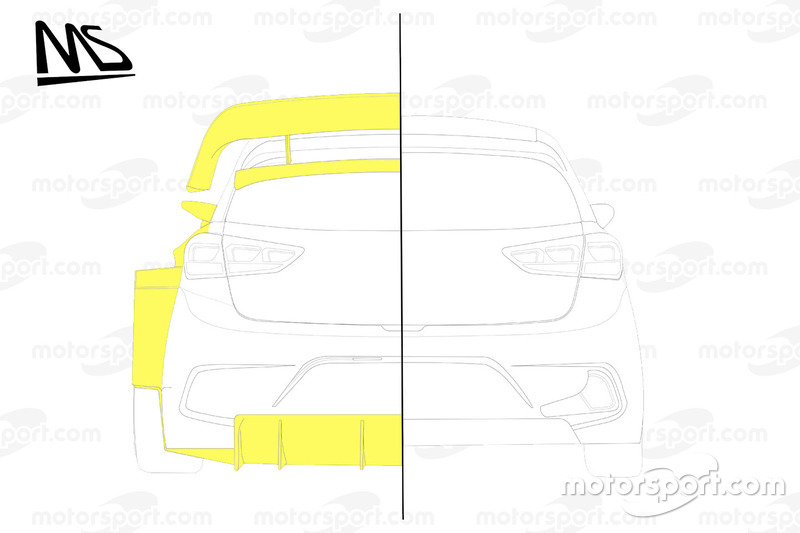 The Hyundai is perhaps the least aggressive, aerodynamically, of the four designs to be used in 2017 and more or less looks like an evolution of this year's challenger, albeit based on a three-door chassis rather than a five-door.

However, as you can see from my illustration, the i20’s footprint is significantly larger than its road going brother and should still provide Hyundai with a great platform with which to challenge its rivals. 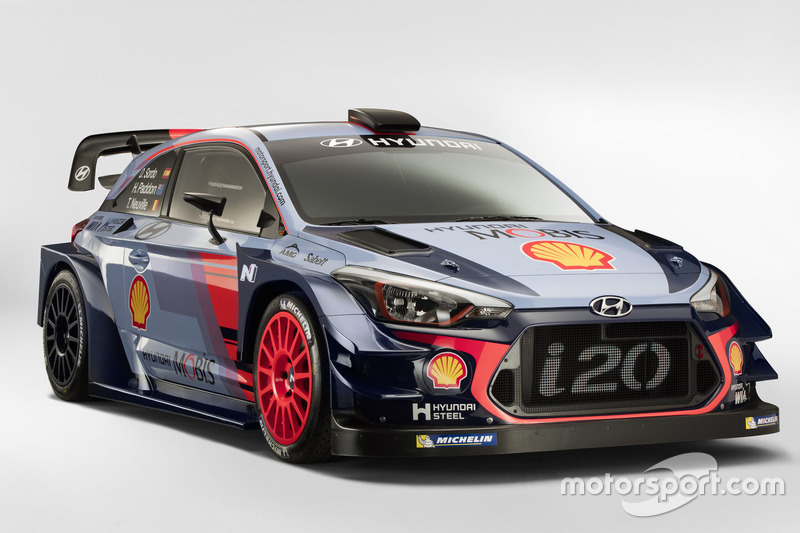 An aggressive upflick can also be found on the upper trailing edge of the arch, which will be used to redirect the airflow upward and create a lower pressure behind it to help pull airflow out through the rearward outlet.

The upper surface of the doors have been extended outward and a new swage line used to define how airflow moves around the side of the car, while a wider side skirt runs into the widened rear arch. The rear arch is supplemented by a small Naca duct in the rear quarter panel above it, with airflow taken in likely being ejected from the rear arch outlet, which incidentally is covered in the studio and launch images.

The diffuser is relatively simple, extending out beyond the normal length of the bumper and supplemented by four vertical strakes in order to control the direction and stability of the airflow, something that is particularly important in yaw.

The rear wing is also relatively simple, with swan-neck supports used to mount the inverted U-shape upper plane to the flat lower plane.

If the Hyundai is the least radical of the 2017 concepts, then the Toyota Yaris must be considered the boldest, with aggressive elements found all over the car. 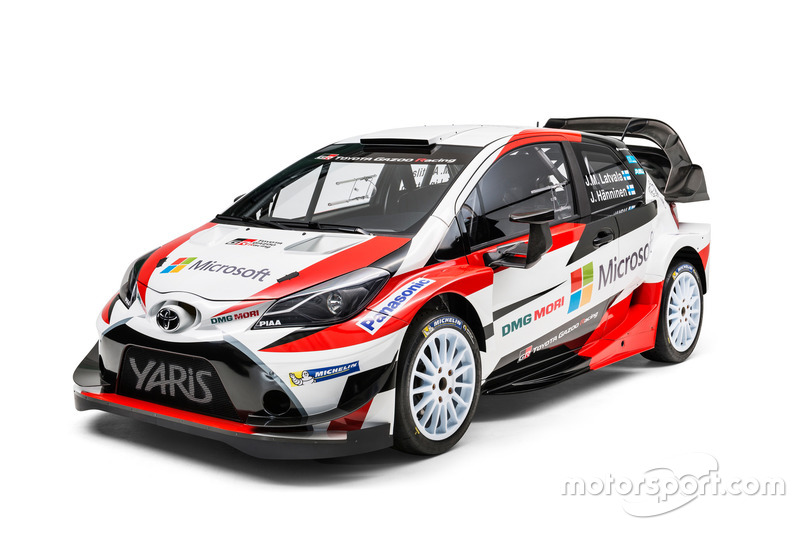 The front bumper has been heavily revised to force the air in certain directions, being flanked by two imposing canards that’ll change how airflow passes around the front arch. While the other three manufacturers have opted for side exit bonnet scoops, Toyota has gone for more centrally mounted ones that will reject heat over the windscreen.

You’ll also note that Toyota are using aerocatches on their bonnet rather than the widely adopted bonnet pins, as - although they serve the same physical purpose - they fit flush to the bodywork, reducing any unwanted turbulence, however negligible.

The rather significant front wheel arch extensions have numerous outlets on their rear face that reject airflow taken in at the front of the car and guide it along the side of the car. The side skirts, which have numerous surfaces, start a little further back on the Yaris but quickly filter out and upward to meet with the rear wheel arch and its inlet. 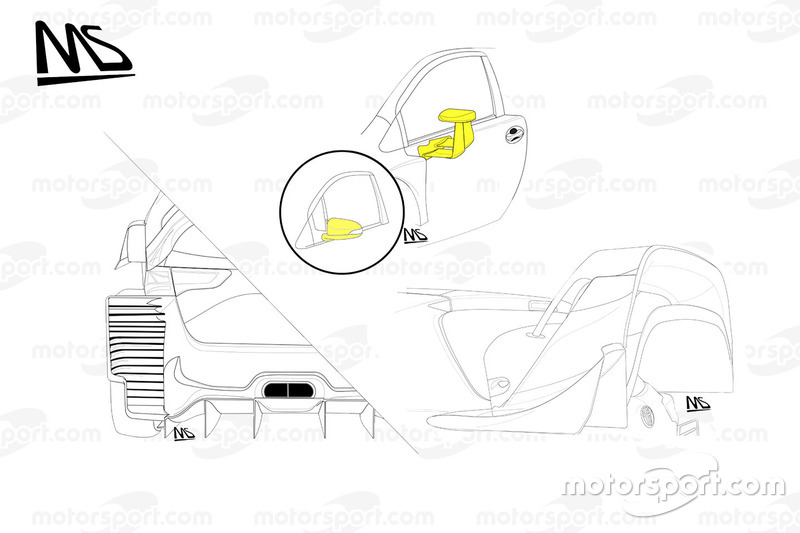 The wing mirrors on the Yaris are a sight to behold. Like the rest of the field, they’ve been moved rearward for aerodynamic gain, but these mirrors and the stalks they’ve been mounted on have serious aerodynamic intent all of their own.

The smaller mirrors have been purposefully shaped in order to reduce the drag being created, while also creating a specific aerodynamic flow structure that can be utilised by the rear wing downstream.  The stalks are made up of two L-shaped winglet surfaces with a level detail we’d normally associate with F1 or WEC cars.

The rear of the Yaris is definitely the most aggressive of the designs shown, as a significant amount of detail work has gone into the rear wheel arch outlets, rear bumper, diffuser and rear wing, all of which should work in unison to improve the downforce and stability of the car as all of the aerodynamic structures combine.

The rear wheel arch outlet is furnished with a raft of winglets to condition the upwash generated by the rear wheels and help stabilise the air surrounding the expansive diffuser, which has a pretty aggressive design itself taking into account the maximum tolerances.

Several vertical strakes define the steeply inclined diffuser, which not only features a pair of footplates on the outer edge but also looks to leverage the exhaust plume exiting the large centreline exhaust.

Meanwhile, the rear wing features perhaps the most complex shape amongst the competitors, with a highly cambered lower plane affixed a third of the way down the rear windscreen before arching back upward.