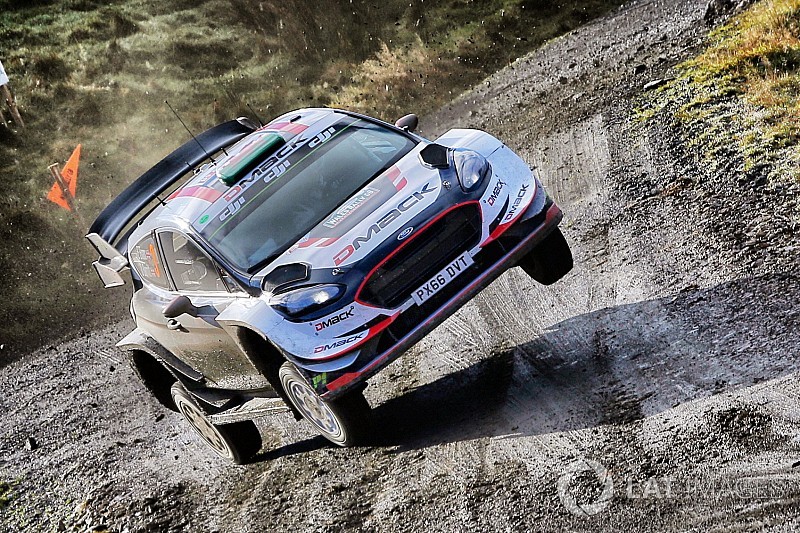 After claiming the Triple Crown on home soil at last month’s Wales Rally GB, the team travel to the final event of the year having already secured the 2017 FIA World Rally Championships for Drivers, Co-drivers and Manufacturers; and have seen all three of their crews claim victory with the Ecoboost-powered Ford Fiesta WRC.

Despite these achievements, there remains much to play for and the team have had little time to celebrate – intent on finishing the year on a high by challenging for another top-three result.

Should the team secure another podium in Australia, the Fiesta will have picked up silverware on every event this season and become the only manufacturer in history to have secured that feat three times – the previous clean-sweeps coming in 2009 and 2012.

Nestled on the Gold Coast between Brisbane and Sydney, the coastal town of Coffs Harbour will host the FIA World Rally Championship’s season finale.

Dusty forest tracks are the order of the rally as shire roads are combined with some of the region’s most picturesque rainforest and bush landscapes. The stages themselves offer a variety of character with some tight and twisty, and others fast and flowing.

When dry, the loose terrain presents some of the worst road cleaning of the year and can become treacherously slippery when wet. Many stages are also lined by trees mere millimetres from the road. This event is certainly no holiday, and the crews must give the stages the focus and respect they demand.

Friday’s leg features three previously unused stages before returning to more familiar territory on Saturday and Sunday. The route consists of 318.33 competitive kilometres, and the winning crew will have mastered everything that the Australian wilderness has to offer.

Fresh from a momentous achievement on home soil, Team Principal Malcolm Wilson travels to Rally Australia a happy man. But the Cumbrian remains focused on finishing the team’s hugely successful season on a high.

“What we achieved on home soil last month was truly amazing. We did open a few bottles of champagne, but the good stuff will have to wait until after Rally Australia.

“The season is not over yet. We might have secured all three championships, but we want to end what has been an immensely successful year on another high and secure another podium to complete our clean sweep.

“We’ve had all three drivers secure at least one victory this year, and a podium on every event. The best way to end the season would be to complete the set with another top-three on the Coffs Coast. It won’t be easy, but that has to be our goal.

“The competition will be extremely strong, and everyone will want to end the year with a strong result. But we won’t let standards slip, and aim to deliver another strong result.”

Ogier and Ingrassia The Champions

Sébastien Ogier and Julien Ingrassia head to Rally Australia having already been crowned the 2017 FIA World Rally Champions. Securing their fifth successive title at Wales Rally GB, the French pairing now head to the Australian fixture intent on enjoying all that the Coffs Coast has to offer.

Rally Australia has long been a happy hunting ground for Ogier and Ingrassia. Having claimed three victories at the Australasian event, they’ll be determined to deliver another strong result this year – rounding off a successful season on another high.

“Heading to the final round of the season with a fifth championship already secured is fantastic, and exactly what we were aiming for in Wales. It lifts some of the pressure and means that we can go to Rally Australia fully focused on enjoying the great stages that they have there.

“I say some of the pressure as we still want to secure a good result. So far, the team has had a podium on every event and we want to see that continue next week. If it’s dry, our road position won’t make it easy, but we will try our best as always.

“It’s quite an intimate event, but the locals really get behind the rally and we always receive a very warm welcome. If we could end the season with another strong result, it really would be the perfect ending to an incredible year.”

Tänak and Järveoja third in the championship

Ott Tänak and Martin Järveoja will be aiming for a strong result at next week’s Rally Australia. Having secured two victories this year, the Estonians are also the team’s highest placed crew when it comes to stage wins and will be determined to add to their tally at the season finale.

Tänak might only have three previous outings at the Australasian event, and could be hampered by his early running order, but should not be discounted for a strong result as he chases second place in the championship.

It’s a nice feeling heading to Rally Australia as part of a championship winning team, but the hard work isn’t over yet. We’ve still got a chance of finishing second in the championship and we’ll be giving our all to end our time with the team on a high.

“It won’t be easy – Rally Australia never is – and it’s completely different to anything else we experience. Everything is different – even the shadows in the forest – and we’ll have to be at the very top of our game if we want to deliver a strong result.

“It all starts with the recce and we’ll have to be fully focused from the word go – driving with complete trust in the notes and keeping the foot to the floor to combat what would be some fairly heavy road sweeping if it stays dry.”

Evans and Barritt fifth in the championship

Fresh from their maiden victory at last month’s Wales Rally GB, Elfyn Evans and Daniel Barritt were straight back to work making preparations for the season finale at Rally Australia.

With only two previous starts at the Australasian event, the Welshmen will have his work cut out as he gets to grips with the unfamiliar stages but will be determined to deliver his best and gain the vital knowledge and experience that could see him excel at the event in years to come.

“Securing the win on home soil gave us an amazing feeling, but there wasn’t too much time to celebrate with the next event just around the corner. After a little party, it was straight into our preparations for Australia.

“I’ve always enjoyed this event, but it’s not been particularly kind to us in the past. It’s not the easiest of events and visibility can often be a big challenge. We can get some hanging dust and when the sun is low it can create a strobe effect through the trees which makes it difficult to read the road. It’s certainly an event where you need complete confidence in your notes.

“We missed this rally last year and there are quite a lot of new stages to get to grips with. We’ll also have to wait and see how the conditions suit our package. At the moment the forecasts look a bit uncertain, so that could be interesting. But whatever happens, I always enjoy coming to Australia and we’ll be giving it our all as always.”