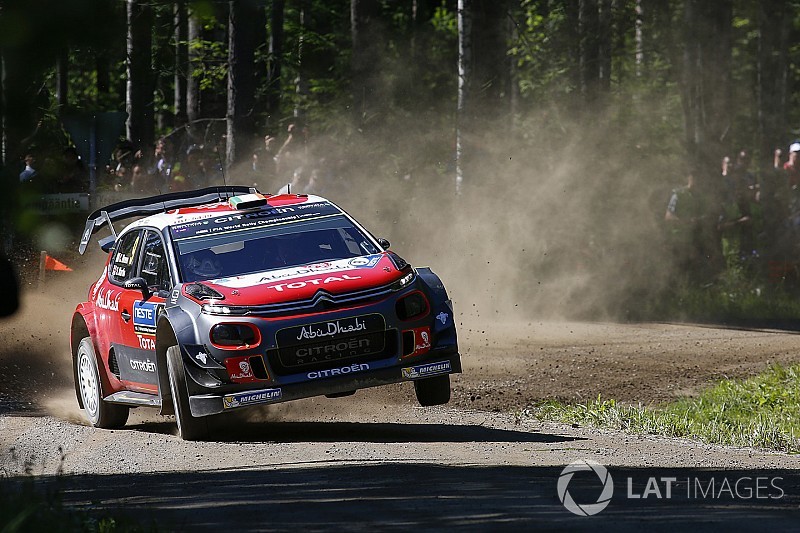 Three of the four World Rally Championship manufacturers will contest Rally Estonia as part of their preparations for Rally Finland at the end of the month.

The gravel rally was previously used by teams to prepare for Rally Poland - which dropped off the WRC calendar for 2018 - but its fast roads will still offer teams some guidance ahead of Rally Finland.

“This rally was really good for Poland,” Tanak told Motorsport.com. “The roads were quite similar, but it’s not quite the same for Finland where the surface is a bit harder and there are more jumps.

"We don’t have the same profile, but the speed will be the same and, after the break and some quite slow, twisty mountain gravel roads, it’s really nice to get out and go fast again.

“We can use this event to set the car up for Finland, it won’t be that different. But the big thing really is for the driver to get the speed again.”

Tanak's last appearance on his home event in Estonia came in 2014 when he won in a Ford Fiesta R5.

He completed his Rally Finland test near the event's Jyvaskyla base last month, but Tanak and Toyota will take a test Yaris WRC directly back to Finland for more pre-event running next week.

“After Estonia I have one more day for testing,” said Tanak. “That’s just to finalise things.”

All three teams will use current generation rally cars on Rally Estonia, which is returning for 2018 after a year out.

“It’s good for the rally to have the other [WRC] cars there,” said Tanak.

“And it’s good to be in competition, you can work on the car and change the set-up between the stages, it makes some sense to be able to compare the competition, but I’m not sure how much [should be read into it]."

M-Sport to try "big change" in aero for Finland