After new champion Ott Tanak’s shock move to Hyundai, the biggest question surrounding the 2020 WRC season is whether Toyota will move to sign Sebastien Ogier. 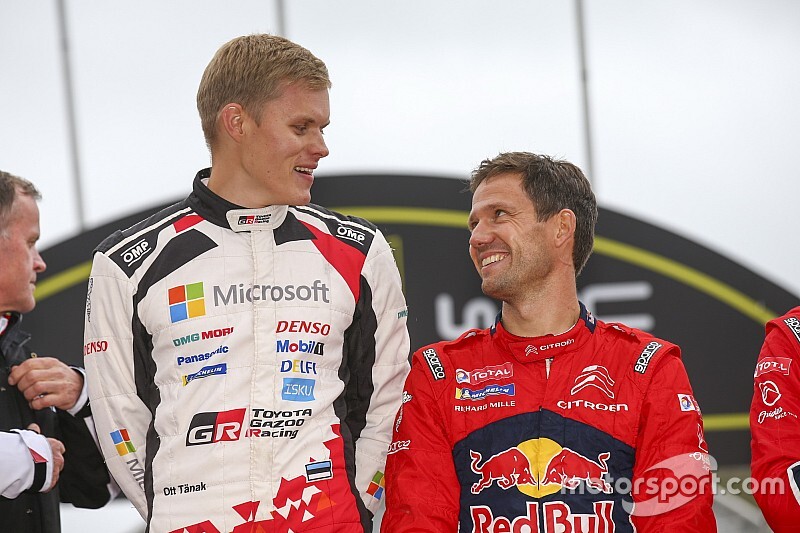 Ogier tested the Yaris WRC in 2016 after Volkswagen’s withdrawal from the WRC, but signed for M-Sport, where he added two more titles in a Ford Fiesta WRC.

The six-time champion joined Citroen on a two-year deal last season and has one year remaining on that agreement, after which he has said he will retire from the sport.

When asked about his future after Rally Spain, Ogier said: “This is maybe not the time to think about those questions, when the emotions are high from this rally."

Citroen team principal Pierre Budar added: "We have a contract for next year with him [Ogier].”

Despite that, rumours persist about an Ogier move, and history has shown it’s possible to extricate drivers from apparently binding contracts.

Ogier’s own chances of a seventh title were scuppered in Spain when his Citroen suffered a hydraulic failure which forced him from the lead on Friday morning.

Relations between Ogier and Citroen have been strained at times this season – especially when he informed the world he “cannot drive this car" after finishing seventh in Germany.

The relationship is likely to be tested further by a social media post during Rally Spain from Ogier’s wife Andrea Kaiser, who criticised the marque and its car.

Asked for his feelings on the situation, Toyota team principal Tommi Makinen said: “I don’t know what it opens. It could open many, many discussions.

“It is also not so good, like I told you before, to potentially have two [top] drivers in one team – we need one each in all of the teams to make sure the fight is fair and good for the championship.”

Asked if some of his future discussions would be with Ogier, Makinen replied: “I have seen many times during this season not so happy face from him.

“Many rallies we have seen things that have been not so absolutely correct and I mentioned to somebody that I have been worried that he is going to retire, maybe even at the end of this year. Things have been bad [for him], but you never know what can happen.”

Tanak’s move to Hyundai, which is expected to be confirmed soon, could work in favour of his Toyota teammates Kris Meeke and Jari-Matti Latvala.

But, while the Northern Irishman and the Finn bring experience and speed to the team, there would remain a question mark over the Japanese manufacturer’s ability to sustain a title threat – especially with Kalle Rovanpera already signed to drive the squad’s third Yaris WRC.

There’s talk of Toyota following Hyundai’s lead and running drivers in part-programmes in an effort to exploit running order regulations.

Makinen is no fan of such a policy, but with the likes of Hayden Paddon, Craig Breen and Andreas Mikkelsen available next season, it could prove a viable option.