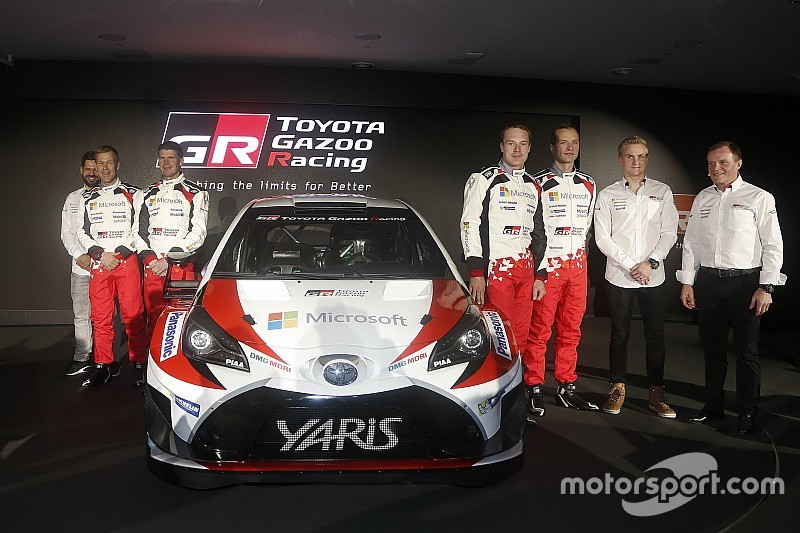 Toyota WRC team principal Tommi Makinen has said the team’s aim in Rally Monte Carlo will be to gain as much experience as possible with the newly-built Yaris.

Toyota will return to the World Rally Championship after 17 years with the duo of Jari-Matti Latvala and Juho Hanninen driving in Monte Carlo.

Four-time WRC champion Makinen said the season opener is unlikely to be representative, and that the team will simply focus on gaining experience.

"Our target is to get good mileage from this rally, so I will be happy if we have both cars at the finish and arrive in the same minute as the leaders," he said.

"That would be a fantastic way to continue our development, which is always an ongoing process.

"The most important thing is to go to Monte Carlo with a relaxed and open attitude.

"It depends so much on the conditions there and everything can change in a split second. It’s hard for me to say at the moment where we really are in terms of performance and it’s unlikely that Monte"Carlo will give us any definite answers either, as it is such a different rally to everywhere else.

"I can pass on a little bit of my personal experience to our drivers from Monte Carlo, but in the end it’s all down to them and the car now."

Latvala: 2017 "all about development"

Latvala, who spearheads the Toyota line-up this year after he joined the team from the now-departed Volkswagen outfit, stressed the first year will be about getting the car up to speed.

"The car feels very strong but in terms of performance it’s difficult to say, as everyone comes with a new car," he said.

"In any case this year is all about development: for Monte I would like to finish the rally well, then maybe towards the middle of the season we can start to think about podiums.

"Two months ago, I would never have imagined that I would be starting Rally Monte Carlo with Toyota, so that’s really exciting.

"In total I’ve done 12 days of testing: four days on snow, one day on gravel, and seven days on asphalt. That’s a good amount of testing and we’ve made some useful steps in that time."

He added: "Monte Carlo is so unpredictable that it’s not a good idea to set too many targets: in 2015 I didn't have a particular plan and I finished second, so in 2016 I was aiming for the podium and then I ended up making a mistake!

"For any driver, Monte is quite a big stress during the event, because of all the unknown factors and tyre choices, but when you cross the finish ramp in front of the Royal Palace on Sunday, it is one of the best feelings you will ever experience in the sport."