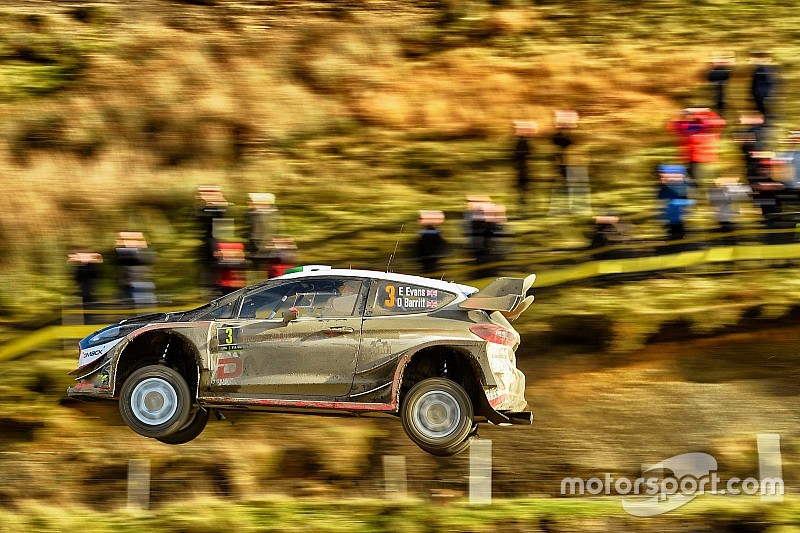 Neuville had begun the morning fourth, but outpaced M-Sport pair Ogier and Tanak throughout.

He jumped both on the Dyfi stage before the mid-morning regroup, and is now 1.2s ahead of Tanak and 7.5s ahead of Ogier.

Despite falling to fourth, Ogier remains on course to clinch a fifth straight WRC title in Wales provided his rivals do not outscore him on Sunday's Power Stage.

Citroen's Kris Meeke took fifth from Toyota's Jari-Matti Latvala on the morning's Aberhirnant opener, but a mistake under braking on Dyfi cost him 10s and two places.

Andreas Mikkelsen had looked set to get ahead of both Meeke and Latvala with a string of quick times for Hyundai, though he picked up a 10s jump-start penalty on Dyfnant just as he caught Latvala.

He closed back to within 4.7s of the Toyota over the next two stages, and is now half a second ahead of Meeke in sixth.

Hayden Paddon lost eighth to Hyundai teammate Dani Sordo with a puncture on Dyfnant. He soon reclaimed the position, but both are under pressure from Juho Hanninen.

Second to Evans on Dyfi headlined a promising morning for Hanninen, who also escaped from Toyota teammate Esapekka Lappi after a brief early battle.