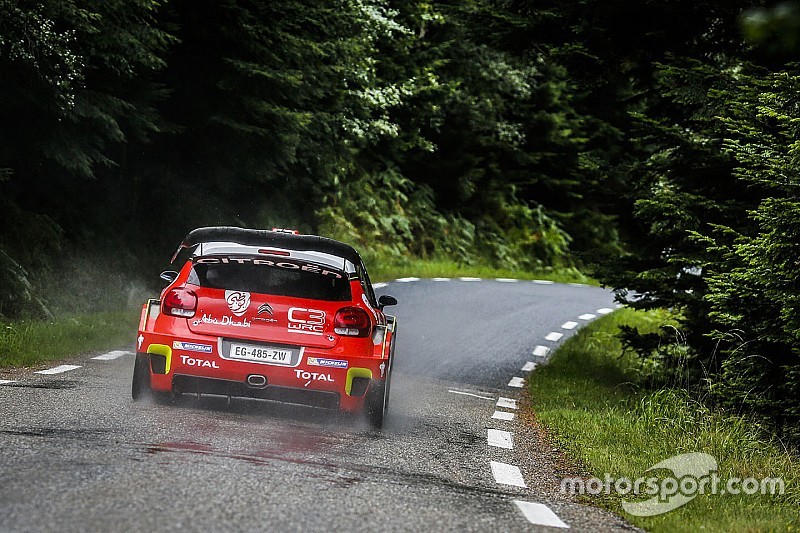 The World Rally Championship is considering Formula 1-style testing restrictions in an attempt to curb rising costs in the series.

The majority of the teams are lobbying the FIA to reduce the number of test days available in the WRC – that number was raised from 42 to 55 when the 2017 cars were introduced at the start of last season.

But the most innovative approach to cost reduction could come with a potential group pre-event test with all four teams running in the same area on rotated test roads – in the style of F1’s tyre and development tests through the season.

This measure is being discussed for asphalt rallies, as the logistics of trying to make it work on a gravel surface which degrades quicker pose a more complex challenge.

With most of the teams currently working on their Rally Finland preparations, Motorsport.com has learned that a five-day test on location close to Jyvaskyla has fixed costs of close to £110,000 – and that’s just to get the car and team to the test, as it doesn’t include the cost of running or repairing the cars.

With a testing budget of more than £1m needed in the WRC, most of the teams feel there is more need than ever for the FIA to step in.

Toyota’s Tommi Makinen is comfortable with the level of testing allowed in the championship at the moment.

M-Sport’s Rich Millener told Motorsport.com: “For gravel, we need to cut down the number of days available, that’s a fairly route one fix – probably one the drivers won’t like, but the costs are getting silly.

“For asphalt, we have an opportunity to follow F1’s lead and do something interesting with the teams together. For most of the [asphalt] rallies, we can find four representative roads in an area and share them, rotating around them.

"That way we share the cost of the roads and create something the promoter and the fans can get excited about – we’d probably generate as much exposure from those tests as we would from another rally.

“At the same time, I think the FIA needs to have a long look at how much testing some of the WRC2 teams are doing. At that level, the amount of testing done is directly related to the size budget a team or driver has and it’s in danger of skewing the series.

"All the FIA needs to do is offer similar, but scaled down, regulations to the WRC2 teams as it does for the main WRC field.”

FIA rally director Yves Matton told Motorsport.com: “Testing is a topic being discussed and we want to work with the manufacturers concerning potential cost reduction, something we are clearly in favour of.

"One of the principles we have to look at is general cost reduction across different areas where there is no benefit to fans and spectators, no real return on the investment towards the show. Testing is potentially one of those areas.”