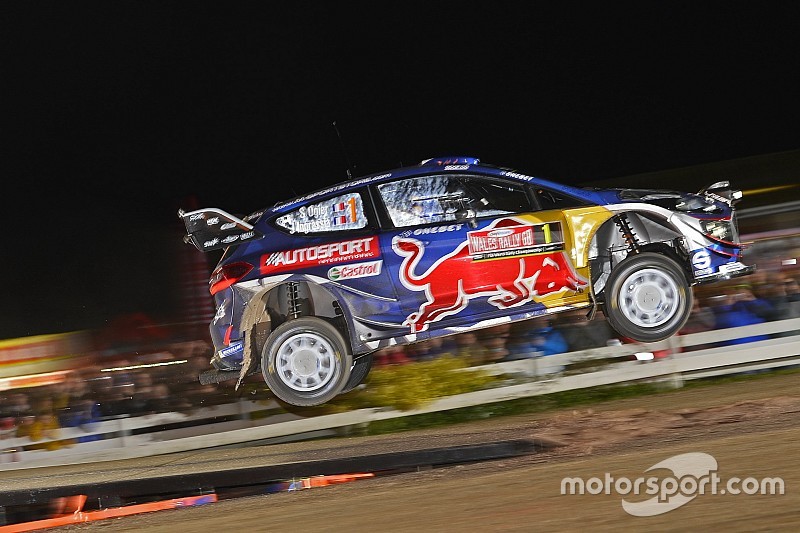 The 2018 World Rally Championship will launch at Autosport International next year, following a landmark agreement between Motorsport Network and WRC Promoter.

The opening day of the 2018 show on Thursday January 11 will include a packed launch timetable featuring all the factory WRC crews, cars and support series in attendance in Birmingham.

In its 27-year history, ASI has hosted numerous series launches, but nothing as high-profile as the WRC.

The launch will be shown live on Motorsport.tv.

Show director Kate Woodley said: "We really are writing history for Autosport International and the World Rally Championship in January.

"What an honour and a privilege to have arguably motorsport's most exciting series in the world launched under our roof.

"All of the best rally drivers, co-driver and cars in the world will be in one place and that place is Autosport International.

"This is a brilliant opportunity for all of us here at ASI, the World Rally Championship and fans of rallying around the world.

"For a big part of the WRC's history, Britain had the final say in the championship with, first the RAC, and then Rally GB, but this is the first time we've ever had the opportunity to open proceedings.

"We understand the significance of what's coming and we fully intend to do it justice."

"I've been going to Autosport International since it began and it really is seen, industry-wide, as the start of the season, so to have an event with this sort of global reach is fantastic for the World Rally Championship," he said.

"Coming at it from the other side, I've always championed more rally content at Autosport International and next year we're going to have more than ever!

"We've seen, first-hand, the sort of interest running the Autosport International livery on ours cars at Wales Rally GB generates. It's going to be great.

"Autosport International provides a great infrastructure for the WRC and the world championship will provide some fantastic content for the show.

"Autosport's always an exciting time of the year, but in January it'll be more exciting than ever.

"For the championship, this is a great step forward in terms of promotion."

The WRC arrives at ASI on the back of better-than-ever spectator numbers, with more than four million people watching the cars on the stages for the first time.

"We expect the final 2017 figures to reveal an increase of nearly 30% against those from just five seasons ago.

"Fans have loved the appeal of more powerful and spectacular World Rally Cars that have produced such great action, as well as the most exciting and unpredictable drivers' title fight in a decade.

"And what better occasion to kick off next year's FIA World Rally Championship than at the fantastic Autosport International, which is rightly regarded as the start of the new motorsport season?"

In addition to the main WRC field, the WRC2, WRC3 and Junior WRC series will all be launched in Birmingham and will be incorporated into the remaining three days of Autosport International.

Tickets for the four days (January 11-14) are available from www.autosportinternational.com.

Evans wants Ogier to stay at M-Sport for 2018 WRC