Toyota’s Sebastian Ogier kicked off his quest for an eighth World Rally Championship by leading title rival teammate Elfyn Evans after the opening morning loop of stages at Rally Monza.

The WRC title contenders dominated the first loop of stages at the season finale held on damp and slippery twisty mountain side asphalt roads in northern Italy.

Despite holding a 17 point lead in the title race, Ogier came out of the blocks fast winning three of the four stages to open up 6.5s lead over Evans, who won stage 2.

Hyundai’s Thierry Neuville ended the morning in third, 27.2s adrift, but ahead of teammate Dani Sordo, while Oliver Solberg delivered an impressive display to sit fifth.

Solberg was in a battle with M-Sport’s Adrien Fourmaux before the Frenchman crashed out of the rally, when he rolled his Fiesta after clouting a bank in stage 3.

The morning’s fourth and final stage was brought to premature end due to a spectator emergency that required medical crews to attend. It is understood the spectators were involved in an incident that did not include any competitors and have been taken to hospital with non life threatening injuries.

Ogier showed no signs of cruising towards a world championship crown as he kicked off the rally by throwing down the gauntlet to his rival Evans with an eye opening first stage time.

The Frenchman blitzed the opening stage held in slightly foggy conditions in Italian hills to beat Evans by 3.6s.

"There is fog near the end and a bit of dampness, so it's a bit slippery at the end. An okay stage for us - no drama,” said Ogier.

Evans was shocked by Ogier’s pace admitting he thought he had driven an “okay stage” and was “surprised to lose so much.”

Hyundai’s Sordo completed the test third fastest albeit some 6.2 slower, as conditions appeared to worsen due to leaves being dragged onto the road. 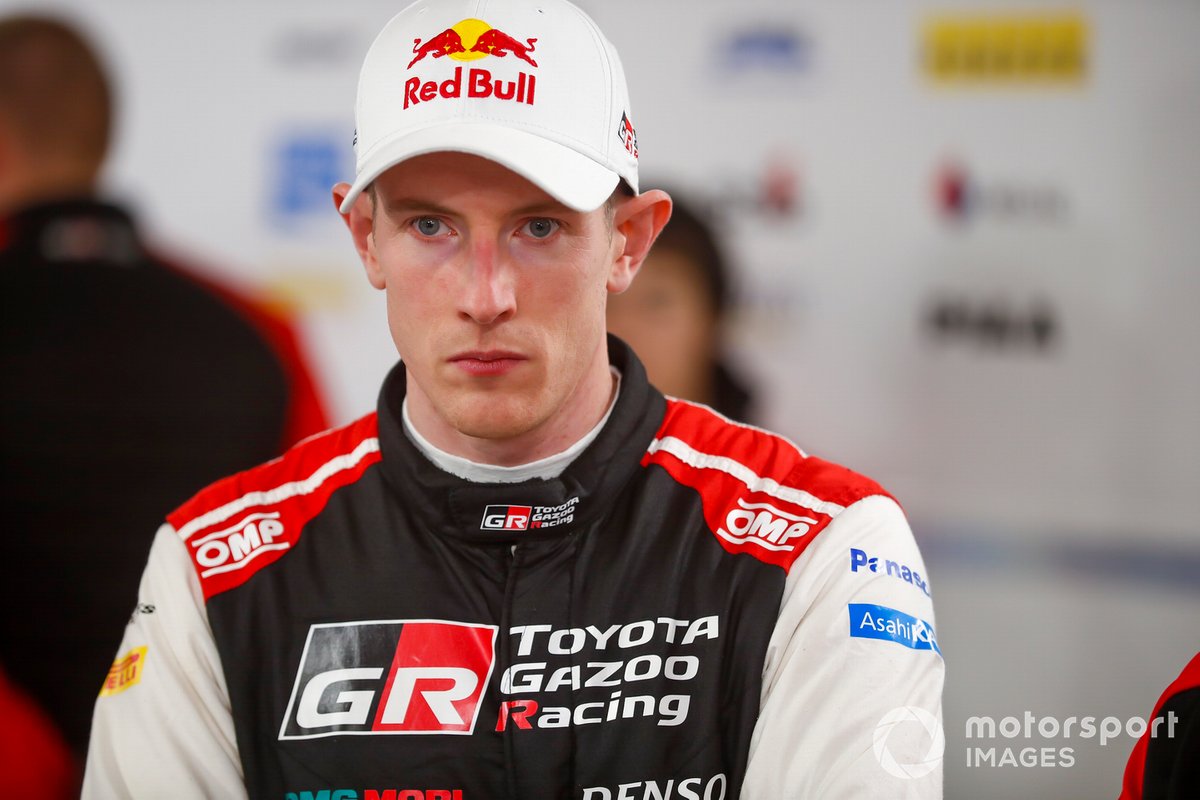 Toyota’s Kalle Rovanpera was surprisingly 16s off the pace although the Finn declared that his only plan for the weekend is to bring the car home.

“We just have to drive through for the team points and be there if something happens [with Ogier and Evans],” said Rovanpera.

All 10 WRC crews navigated the test without drama with Teemu Suninen rounding out the top 10 on his Hyundai WRC debut this weekend as a stand-in for Ott Tanak, absent due to a personal family matter.

Evans responded on on the second stage, a 22.11km blast through the narrow and twisty roads of Costa Valle Magna in patchy heavy fog. At stage end, Evans emerged 0.1s faster than Ogier.

Hyundai’s slow start continued with Neuville and Sordo both struggling for speed to match the Toyotas.

Neuville dropped another 8.7s, but fared better than Sordo, who found the fog difficult to navigate and dropped to fourth overall, behind Neuville.

“I am pushing quite hard, but on the downhill I was struggling with the brakes," said Neuville.

"Maybe it's the second spare wheel [I’m carrying], I don't know. The car was working fine on the test and we thought it was good.”

Ogier extended his overall lead after winning stage 3, a repeat of the morning’s opening test, by 2.2s over Evans as the Toyota pair continued to trade stages times at the top.

However, Neuville showed flashes of speed and appeared on course to threaten the Toyotas early in the stage, before dropping time to Ogier and Evans, finishing 3.9s adrift.

"I gave it all in this stage. I can't do anything more. I was really on the edge and I am trying," said Neuville.

“It seems like we are missing grip because in the last part of the stage again we lost some time.”

Solberg was fourth fastest but was lucky to avoid what would have been a significant accident after a wild moment on a damp patch of road.

Fourmaux was not as lucky as he ran wide on narrow left tight hander resulting in his Fiesta running wide and onto a bank. The car rolled upon impact before coming to rest perched perilously on top of an armco barrier facing rearwards on the mountain slope.

Ogier rounded out the morning by edging Evans by 0.9s after having his own moment when his Yaris went up onto two wheels through a left hander.

"It was not really a moment, but something you don't expect on asphalt, said Ogier. “I am happy because this was the target at the start of this rally - to enjoy - and so far it's working.”

The stage was red flagged with Sordo, Greensmith, Suninen and Solberg yet to run.

Rally Monza continues this afternoon with crews heading back to Monza for three stages utilising the famous grand prix circuit.