The World Rally Championship has added Belgium to its 2021 calendar, replacing the proposed UK fixture in the Northern Ireland. 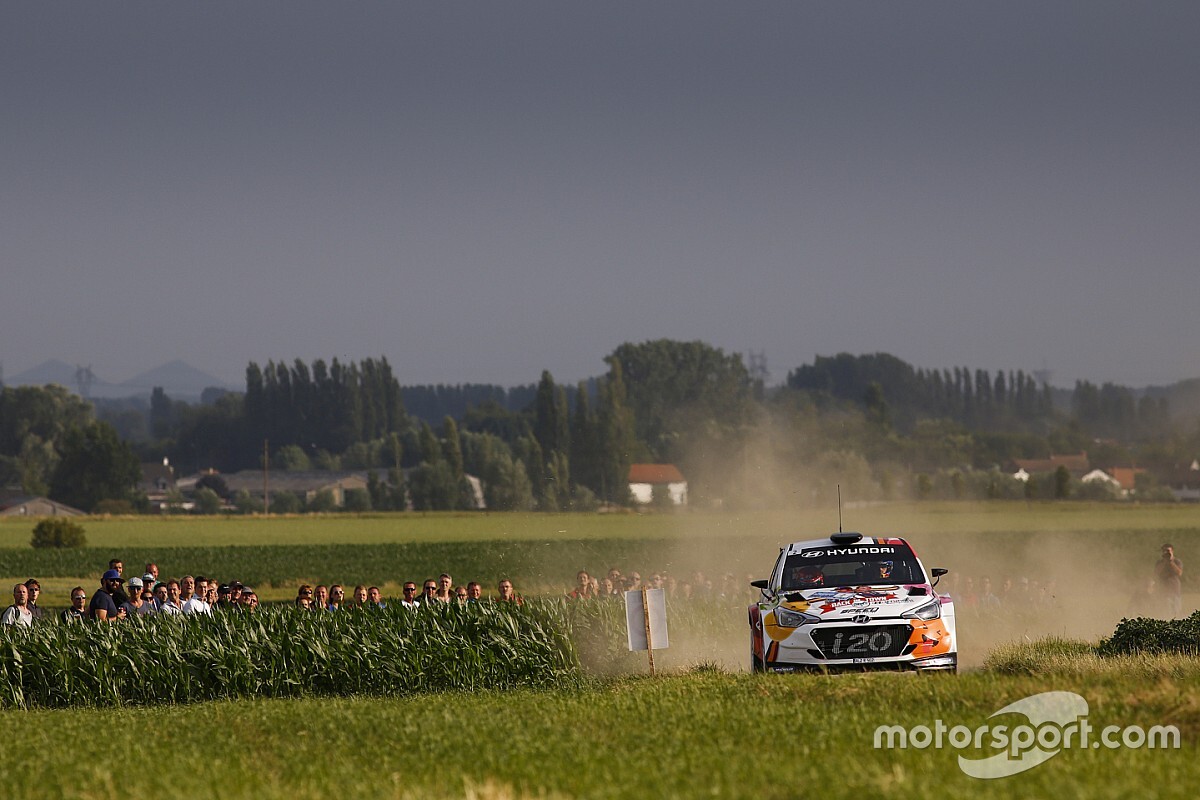 The Ypres Rally will go ahead in August, although a date for the Belgian tarmac classic has yet to be confirmed.

It was added to 2020's heavily revised WRC calendar but had to be shelved a month before it was set to go ahead following a significant spike in the number of coronavirus cases in the country.

"Ypres has been a hugely popular cornerstone of European rallying for more than half a century," said WRC Promoter's managing director Jona Siebel.

"Its elevation to the WRC will provide one of the season's sternest challenges and I'm delighted the championship will finally visit Belgium after last year's unfortunate delay.

"Its tricky mix of narrow asphalt lanes with big ditches lining the roads, allied with some stages in the dark and the potential for mixed weather, will provide plenty of thrills and spills for fans."

Northern Ireland looked in line to stage Britain's round after Wales took a step back, but promoters struggled to convince Tourism Northern Ireland it represented good value for money.

Those familiar with the business case - which was initially rejected by Tourism Northern Ireland last April before a new one was submitted six months later - put the cost of running such an event at £2m.

The job of Bobby Willis - the man who led the project - and Ian Paisley - the North Antrim MP who raised the issue in the House of Commons - has been made tougher because of the coronavirus health pandemic.

It means that for the second consecutive season, rallying's top flight will go ahead without a scoring round in the United Kingdom.

"It's sad that the World Rally Championship will not enjoy the beauty of Northern Ireland this year, but the pandemic continues to impact the global economy," Siebel said.

Siebel said discussions between the WRC and Rally Northern Ireland stakeholders will continue to try and find a way forward - a message that has been reiterated by Willis.

"We must accept the situation for 2021 and focus on our discussions to explore the avenues for 2022," said the Belfast businessman.

"However, it feels COVID-19 could diminish the substantial economic benefits the World Rally Championship historically bestows upon its host regions, and therefore investment would not represent best value for public money at this time."