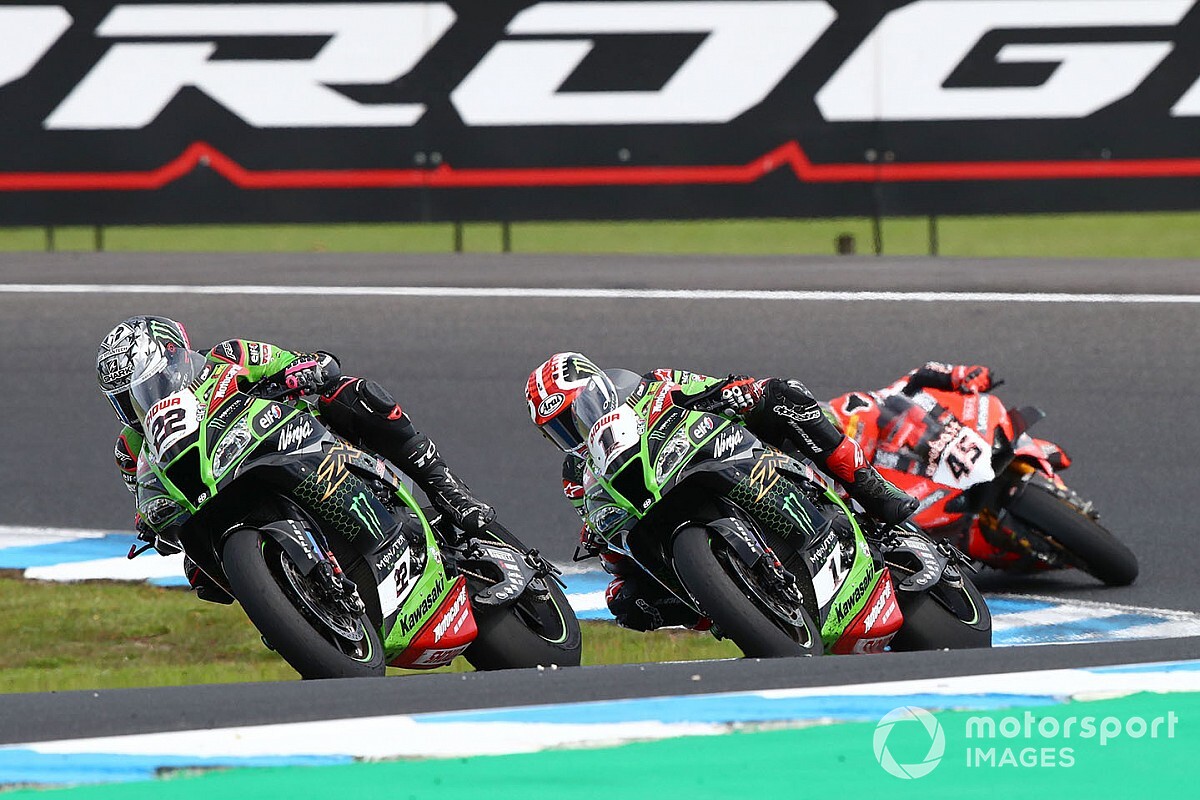 Alex Lowes says his move to the dominant Kawasaki World Superbike outfit for the 2020 season has been an “eye-opener”.

In the opening round – so far the only one of the coronavirus-affected 2020 season – at Phillip Island, Lowes scored a podium in his debut race for Kawasaki, before beating Rea in a thrilling second feature race.

The strong Australia outing for Lowes leaves him leading the championship by 12 points from series rookie Scott Redding on the Ducati.

Speaking with Monster Energy, Lowes said of his time with Kawasaki so far: “It has been an eye-opener for me with how well those guys do things and I definitely feel like all of that is going to help me make a good step forward with my riding and my results.

“It has been very positive, and I’ve really enjoyed working with and getting to know all the guys, obviously Jonathan included. He does a lot of things really well, so I’m sure there is plenty that I can learn from him.

“Obviously, we’ve got a delayed start now, but the testing, the first three months together, have been really, really good.

“Even this winter, and even though I felt good on the bike, we didn’t have too good weather, so I didn’t get too many dry laps. So I feel like there is a lot more I can improve on with my relationship with the bike.

“I’m real confident with my decision with Kawasaki and I’m happy to be working with all the guys.  Whether it is next month or two months or whenever the time is [to go racing again], I’m surely going to be at the front.”

Lowes' manager and 2003 WSBK title-winner Neil Hodgson told Motorsport.com he believes his rider has the potential to be world champion, but was also quick to point out that this is only Lowes' first year on the ZX-10RR.

“I’m a realist," Hodgson said. "Phillip Island is a really peculiar track, it always creates really good races. It’s sometimes, as we’ve seen over the years, it’s hard to go off that one round and go, ‘oh, well definitely Alex is going to take it to Jonathan every weekend’.

“I manage Alex, but I’m realistic to know how good Jonathan is. So, how I see it is this year for Alex is it’s a big step up to get into that main Kawasaki team, and it’s going to be a learning year for him.

“And if he can battle with Jonny, win a few more races, then I genuinely believe that next year, in his second year on the Kawasaki I think he’ll have a chance of fighting for the title.

“But realistically, Jonathan’s such a class act, he doesn’t make mistakes. So at this stage, I know Alex is not getting carried away.”

Bautista: Honda still only at "30 percent" in WSBK