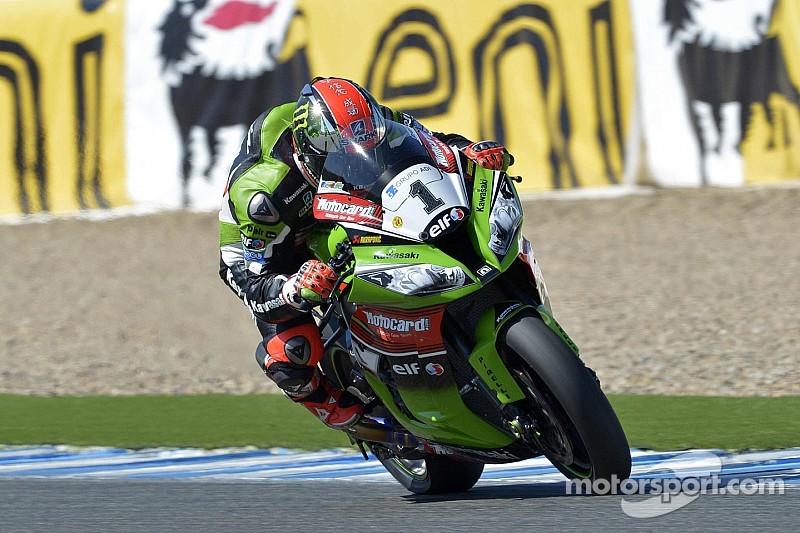 The Qatari circuit makes its return to the WSBK calendar after a four years absence to host the series for the sixth time.

Barcelona (Spain) - The final round of the 2014 eni FIM Superbike World Champion takes place this weekend at the Losail International Circuit in Doha, Qatar. For the first time in WSBK history, the event will be held under floodlights thanks to the impressive lighting system that powers the entire venue, allowing riders to race under conditions that are similar to daylight.

The Qatari circuit makes its return to the WSBK calendar after a four years absence to host the series for the sixth time. The previous round held on the shores of the Persian Gulf back in 2009 saw Ben Spies take a double victory (and pole position) in what was then the second racing weekend of the 2009 Championship. The American went on to overcome a 10 point deficit to Noriyuki Haga in the final round to take the title in great fashion.

A slightly bigger gap separates this year’s title contenders coming into the season finale as reigning Champion Tom Sykes (Kawasaki Racing Team) leads the standings with a 12 point margin over Sylvain Guintoli (Aprilia Racing Team). Both riders have previously raced at Losail with Guintoli being the more experienced of the two at this track, having raced there five times before, including one race at night in 2008 in the MotoGP class where he was 15th at the flag.

Reigning champion Sykes raced on the 5.380km, technical and flowing circuit back in 2009, in what was his rookie World Superbike season. Moving off from the second row of the grid, he was 7th and 5th in the two encounters.

While the two title contenders will square off for the final battle, third place in the standings is also at stake. Marco Melandri (Aprilia Racing Team), who has won four of the last six races, is aiming to keep up the momentum to finish the season on the highest possible note. He is trailed by Jonathan Rea (Pata Honda World Superbike), who is 11 points behind Melandri in fourth and by Loris Baz (Kawasaki Racing Team), currently fifth and 19 points adrift of 3rd place.

Toni Elias (Red Devils Roma Aprilia) is the World Superbike rider with the most experience in racing under floodlights at Losail, having contested the night version of the Qatari Grand Prix from the first running in 2008 up to and including last year.

This will be the last chance of the 2014 season for both Davide Giugliano and Chaz Davies (Ducati Superbike Team) to take a first win aboard their 1199 Panigale R machines. The two riders, who share a total of six podiums this year, will do their best to make this happen before focusing on next season, which will see them racing together again in “Ducati red” colours.

Eugene Laverty and Alex Lowes will contest their last event as team mates at Voltcom Crescent Suzuki, with the goal of returning onto the podium before the season draws to a close. With Lowes officially confirmed for another season with the English team, Laverty is looking to conclude his racing year the same way it started off for him with victory before switching series in 2015. Back in 2009 the Irishman took his maiden World Supersport win in Qatar.

MV Agusta Reparto Corse and Team Hero EBR will give their all for an encouraging result in the last event of the year, hoping to gain some positives after a challenging rookie season in the series.

David Salom (Kawasaki Racing Team) enters the season finale as the firm favourite to win the first ever EVO title given the 30 point advantage he has on Niccolò Canepa (Team Althea Racing Ducati). Many riders including Frenchmen Sylvain Barrier (BMW Motorrad Italia) and Jeremy Guarnoni (MRS Kawasaki), as well as South African Sheridan Morais (Iron Brain Grillini Kawasaki) will hope to end their season on a high. Australian Alex Cudlin will replace the still injured Luca Scassa at Team Pedercini Kawasaki. The 28 year old from Sydney has vast experience of Losail, having been a regular in the Qatar Superbike Championship where he is a four time champion.