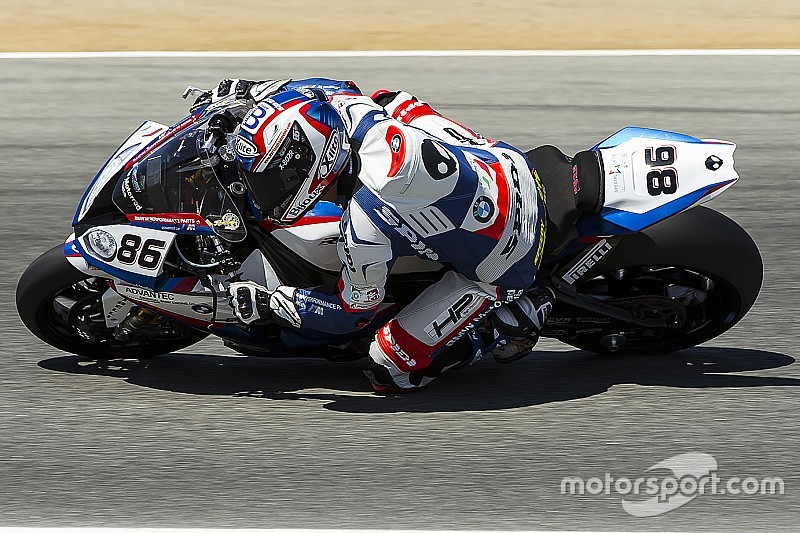 The Althea World Superbike team has confirmed a switch to BMW machinery from 2016, signing Jordi Torres and Markus Reiterberger as its two riders.

Althea has been a long-time partner of Ducati, using the Bologna marque's bikes in WSBK since 2010 and winning the 2011 title with Carlos Checa.

This season, it ran a pair of Ducati Panigale Rs for Matteo Baiocco and Nico Terol, who was replaced at various stages by Niccola Canepa and Michel Fabrizio.

The news that Althea will switch to BMW follows the announcement that the German manufacturer is parting ways with M&T Racing, which ran a single S1000RR machine for Ayrton Badovini in 2015.

Althea has recruited German Superbike champion Reiterberger, who made his WSBK debut as a wildcard at Magny-Cours, to join Aprilia convert Torres, who rounded off his maiden Superbike campaign with a victory in Qatar.

“The option to race with a team a professional as Althea Racing and with such a significant brand as BMW motivates me," said Torres.

"It motivates it because, we know there is work to do both for the team and myself, but we know that the BMW is a competitive bike and that there is so much room for improvement with it.

"That will be the objective for 2016: make a big step forward with the BMW and the team and gel well for a smooth and successful partnership.

"From that point onwards, we’ll be looking for the smoothest and most appropriate route to taking this bike to success."