Ana Carrasco's hopes of contending for a second World Supersport 300 title have been dealt a heavy blow by a testing crash that left her with two broken vertebrae.

Carrasco, who made motorcycle racing history in 2018 by becoming the first female rider to earn a world championship title, was hospitalised after a fall at the Estoril circuit on Thursday.

The 23-year-old Spaniard suffered fractures to her D4 and D6 vertebrae and was taken to Lisbon's Sao Francisco Xavier Hospital, according to a statement released by her Provec Kawasaki team, which added that she soon will be transferred to Barcelona's Dexeus Clinic.

She took victory in the first race of the Portimao weekend last month, her sixth win in the category since she joined for the inaugural campaign in 2017.

Buis leads fellow Dutchman Scott Deroue by 12 points after taking three wins in the last four races, all of which were held at Aragon. 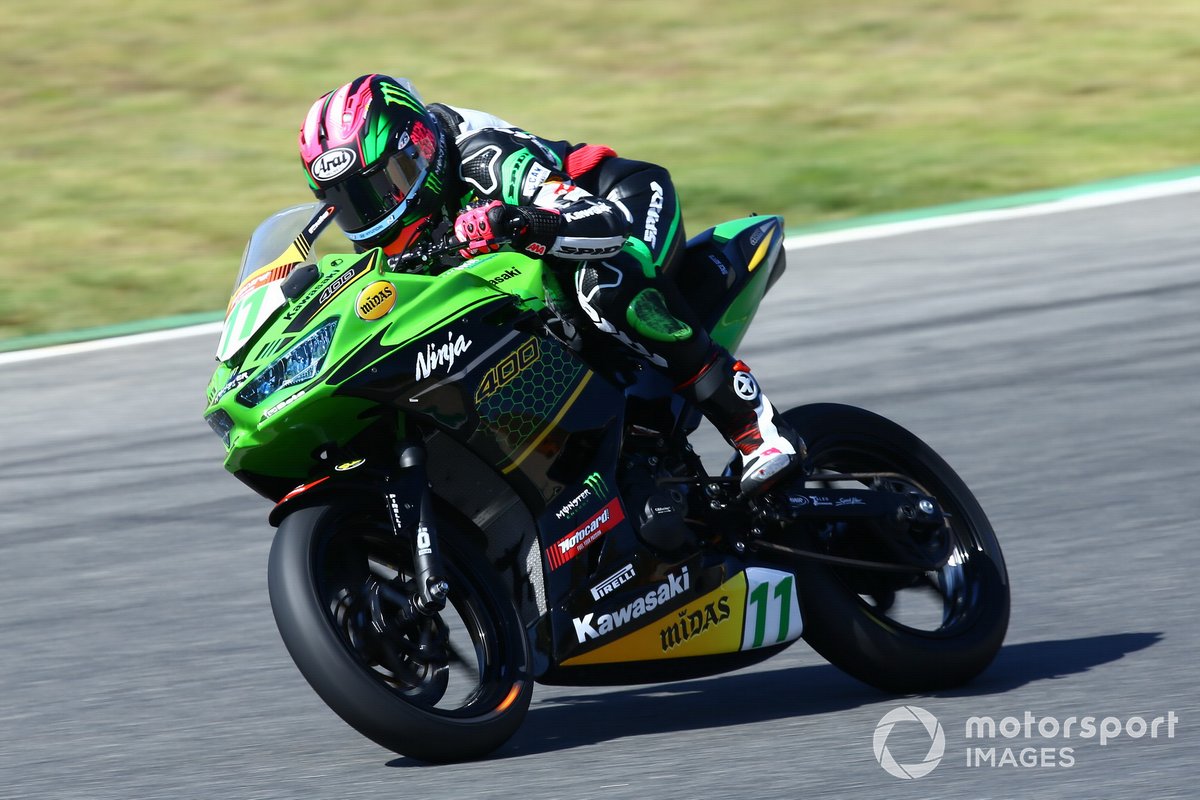 Lowes "missed an opportunity" to win with pitstop timing