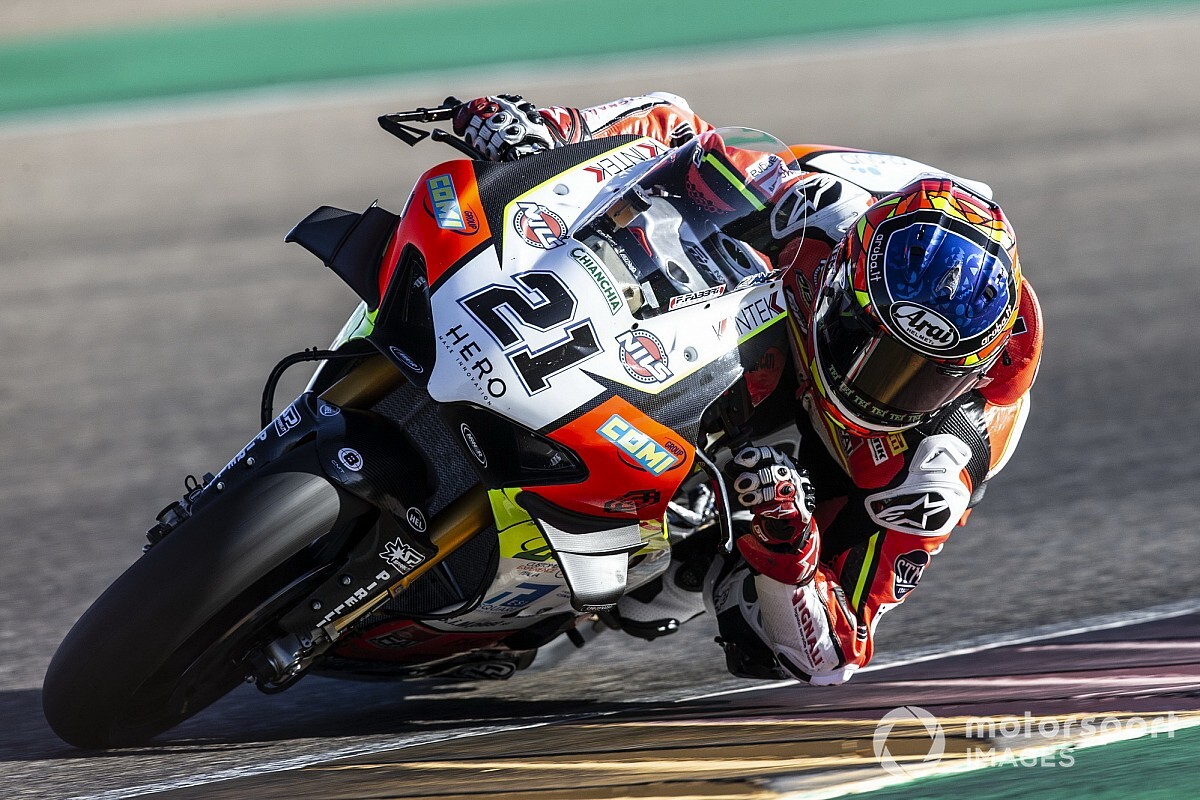 Rinaldi, riding the satellite Go Eleven squad's solo Ducati Panigale V4 R, set his quickest time of the day during the morning's first session with a time of 1m49.840s.

That was enough for the Italian rider to eclipse reigning champion and points leader Jonathan Rea on the best of the works Kawasakis by a single thousandth of a second - and conclude the day on top of the timesheets.

Rinaldi also went on to top the afternoon session with a 1m50.377s to go exactly three tenths faster than nearest challenger Rea.

The remainder of the top five were made up from times in the morning session, as Alex Lowes made it two Kawasaki ZX-10RRs inside the top three, albeit 0.507s off the pace.

Next up were BMW rider Tom Sykes and the best of the Yamahas, Toprak Razgatlioglu.

Third-fastest in second practice and sixth overall was the quicker of the two factory Ducati riders Chaz Davies, who was 0.347s off the pace of Rinaldi in that session.

Alvaro Bautista, who scored Honda's first podium finish of its works WSBK comeback last weekend, was fourth in the afternoon and seventh-fastest in the combined order, followed by Michael van der Mark (Yamaha) on the strength of his FP1 time.

Ducati's Scott Redding, who trails Rea by 10 points heading into the second Aragon round, was fifth in FP2 and ninth overall, while Leon Haslam on the second Honda made up the top 10.

Motocorsa Ducati newcomer Matteo Ferrari, standing in for the injured Leandro Mercado, propped up the timesheets in 21st in both sessions.

This weekend's field is depleted by two bikes compared to the opening Aragon round, with MIE Honda scaling back to a single bike for Takumi Takahashi in the wake of its split with Althea Racing, and Christophe Ponsson not being present on his wildcard Aprilia.